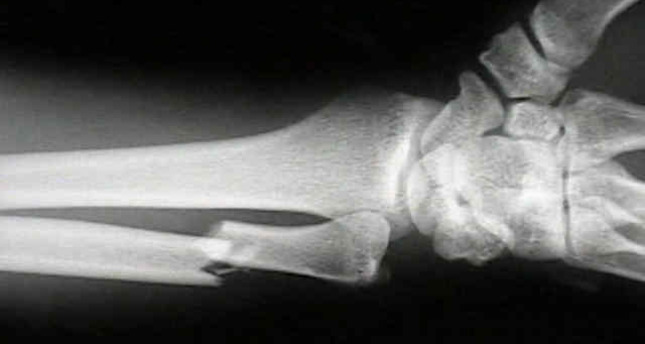 by AA Dec 25, 2014 12:00 am
A research conducted in collaboration with Anadolu University (AÜ), Atatürk University, Sabancı University and Yeditepe University has revealed that boron nitride (a chemical compound consisting of equal numbers of boron and nitrogen atoms) heals bone fractures 50 percent quicker than usual without using any medication. Professor Nuran Ay of Anadolu University's Materials Science and Engineering Department told an Anadolu Agency reporter that they have been working with boron nitride which is one of the 250 components of boron since 1996.

Ay, who stated boron nitride is a compound that cannot be found in nature, said they initiated the project titled "The Role of Boron Nitride in the Recovery of Bone Fracture" under the coordinatorship of Professor Zekai Halıcı of Atatürk University's Faculty of Medicine in 2012.

Professor Ay noted that following their study, they have discovered that boron nitride is very effective in the recovery of bone fractures. "We have achieved to heal bone fractures without using antibiotics or any other medication," Ay said, adding, they have accelerated the process recovery by 50 percent. "It has been confirmed that the bone fracture is healed without any infections," she continued. It is believed that this new discovery will make a breakthrough especially in sports injuries and injuries happen during short ski holidays. The scientists said the research will run until the end of 2015 and they have already applied to the Turkish Patent Institute for a patent.