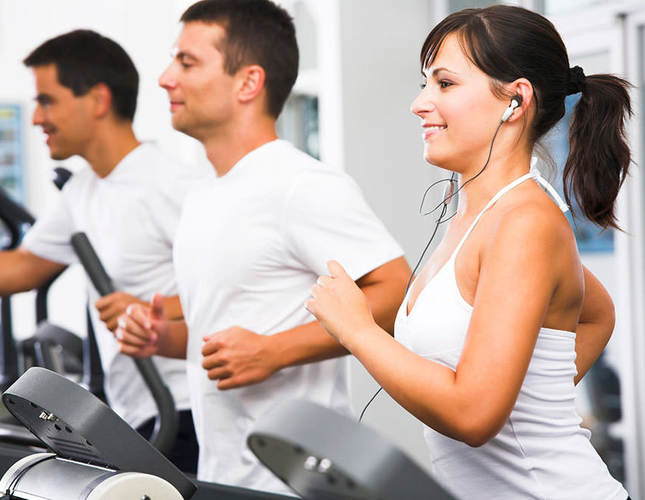 Along with the new year comes the resolutions and promises we make to ourselves, especially concerning our health and lifestyle. Let’s examine this year’s lifestyle trends and identify which trends are worth following

Almost 40 percent of all people begin the new year by setting new targets for their health or lifestyle. However, research has demonstrated that only close to 8 percent achieve their goals or at least stay on track to meet their targets. The most common goal for the new year usually concerns losing weight, but often does not contain an actual target. It is critical to maintain strict goals, such as "I will lose 10 kilograms this year."

In 2014, the most popular healthy lifestyle trend was to use healthy living apps via smartphones or tablets, but an article published in Time magazine said that most of these apps were not useful enough unless they were related to fitness. The most frequently used apps were pedometers, distance tracking apps, diet handbooks and sleeping aids. Although it is important to put away your smartphone at least 30 minutes before you sleep because it will throw off your hormonal balance, specifically your melatonin balance, people still use sleeping aid apps because they think that they will help them fall asleep faster. Indeed, apps like Pink Noise and White Noise may help you fall asleep, but you don't need a smartphone for that.

On the other hand, the apps that are related to fitness are very helpful. Currently, we still believe that exercising and eating well is still the best combination you can practice to live a long and healthy life. This year, fitness apps will become more popular with better technology, both hardware and software, and tracking capabilities. Moreover, the American Council on Exercise believes that the popularity of wearable health technology, including calorie trackers, step counters, or sleep monitors, will soar in 2015, especially as devices like smartwatches become more popular.

In 2013, gluten-free foods became popular, but no one really asked how many people are actually gluten intolerant. Scientists have demonstrated that only 1 percent of the total U.S. population was gluten intolerant, even though 10 percent was the expected number. Regardless, many people had an unnecessary aim of eating gluten-free foods. The goal here should be to eat complex carbohydrates, not gluten-free. Moreover, in 2014, eating allergen-free foods became more popular, but the trend this year has changed to mindful eating, an ancient practice that has been rediscovered and adapted for today's diets and lifestyles. Mindful eating means that a person should choose foods with a meditative intention and being aware of the taste and texture of food, especially by chewing it completely. This is said to make meals more joyful, and slower eating will help you maintain a healthy weight. Mindful eating also aids in digestion, since it is easier for your body to digest food that has been properly chewed. Aside from maintaining a healthy weight with mindful eating, this improved digestion will result in optimum nutrient digestion and improved energy as well.

High carbs will go low carbs this year. Going on a low carb diet is not a new idea, but the path to it is new. Think of comforting high carb foods such as mashed potatoes or pasta being exchanged for healthier vegetable alternatives such as cauliflower, broccoli sprouts or squash.

Over the past several years, I have advised healthy snacks, with nuts being at the top of the list. We have achieved our goal concerning this and passed the 50 percent threshold of snacks currently being produced. As of today, almost 60 percent of all snacks that are being produced are trying to be healthy or health-conscious, and it includes more than just nuts. Have you heard of oven-cooked beans or locust brownies? You will hear about more healthy snacks that include ice cream made of frozen bananas or fruit kabobs. These are called the new permissible indulgences. When I say bring on the snacks, I don't mean those morning doughnuts or afternoon muffins, of course. Be smart and choose smart snacks that are calorie appropriate and contain better nutrients. Smart snacks should have appropriate amounts of fiber, protein and healthy fats, and vitamins, minerals and antioxidants are a plus.

Things change in the green vegetable zone as well. In 2013, kale was at the top; in 2014, Brussels sprouts became more popular. But now, the number one has changed to broccoli sprouts, which are very promising when it comes to health. I encourage you to search for them on the Internet.

Juice cleanses were popular in 2014, and new products have taught us that juices are no longer one type fits all. Although juice diets have become more common, I believe that there will be a juice for every type of person and for every kind of situation this year. Juice for everyone and every occasion will open the doors to a huge opportunity for juice companies. Soon they will target different sexes, different age groups or even pregnant women. I believe that this year we will hear about stress reducing and sleep enhancing juices as well.

Trans fat, gluten, simple carbs and dairy have all been blamed for weight gain, but the next target in 2015 will probably be sugar. Many scientists have labeled sugar the dietary devil of the century, and awareness of sugar's not-so-sweet side continues to increase. I do think that a lot more buzz will surround this topic this year, and we will probably hear about low sugar product champions across all aisles in supermarkets this year.

Now for the last but most important trend: Exercise. Time has become more valuable for people and we cannot spare enough time for exercising now. A quick workout that promises the same physical outcomes of a longer workout will become more popular this year. New exercise programs that are quick and only last 20 to 25 minutes will become a top trend in 2015. If you workout hard enough – if your health allows you, of course – you can achieve what's needed in just 20 minutes as well. Exercising should not be about quantity, but about quality.