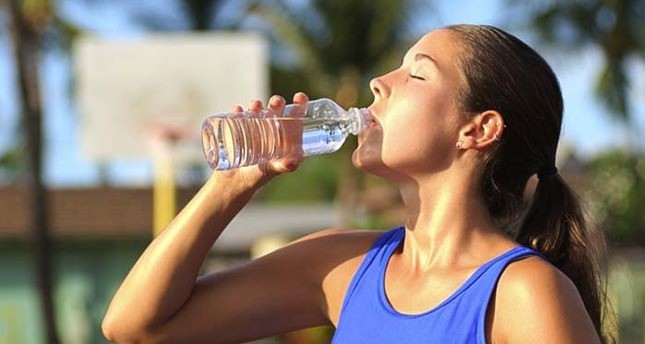 Gastroesophageal reflux disease, which causes a burning sensation in the throat and chest, is a serious disorder that might even lead to esophageal cancer. Some basic measures may reduce its adverse effects

Gastroesophageal reflux disease, also known as reflux in short, is a chronic stomach disease which causes stomach acid to come up from the stomach through the esophagus. The most distinctive symptoms of reflux are burning sensation in the throat and around the chest as well as the feeling of something sticking in your throat, an itching throat and irritation in esophagus caused by stomach acid. Although many people choose to ignore reflux, it might lead to asthma, laryngitis or difficulty in swallowing.

When you eat something, the food is softened with the help of saliva and travels to your stomach through esophagus. Normally, the stomach muscles flex and prevent the food from coming up. However, stomach muscles of patients suffering from reflux disease are not strong enough to keep the area between stomach and esophagus closed. The studies conducted by scientists show that the decrease in the stomach acid level results in damaged stomach muscles which are unable to flex regularly. I have to say that reflux is not a disease that appears all of a sudden. All activities that cause to increase stomach pressure including overeating and eating fast as well as wearing a corset trigger gastroesophageal reflux disease which might even lead to esophagus cancer.

There are physiological elements which cause reflux disease. The foods that we eat are stored two to three hours in the stomach until they are creamy enough to be digested in the bowels. If it takes more time for stomach to empty the food and deliver it to the bowels, the pH in the stomach increases, causing stomach acid level to drop. This drop causes stomach to produce bacteria, increasing the pressure in the organ. Because of the pressure food goes up through esophagus resulting in reflux. Although the pH value inside the stomach is relatively high (it is between pH1 and 3), the stomach protects other organs by releasing mucus. Since the esophagus does not release mucus, the food covered with the stomach acid irritates esophagus as the reflux occurs. The pain, burning sensation and difficulty in swallow are caused by this irritation. If the pH value of the stomach increases, the enzymes released by pancreas to digest carbohydrates do not function due to low levels of acid when the foods in creamy state reach to the bowels. Moreover, this also causes gas in the bowels which increases the stomach pressure triggering reflux indirectly.

The number one rule in the treatment of reflux disease is to cut down sugar and sweets. The amount of desserts and pastries and foods with low glycemic index should be reduced. With the minimum carbohydrate consumption, pancreas releases less amylase, prevents gas formation in the bowels as well as high pressure in the stomach.

The second rule is to drink a mixture of half spoon of sodium bicarbonate and a big glass of water to balance stomach acid level. This mixture helps to reduce the burning sensation and the pain in the next 12 hours. Also, drinking 250ml water every two hours for the next day make almost every reflux symptoms go away. The most natural, practical and drag-free solution to your reflux problem is to consume two glasses of water 15 minutes before the meals and one more glass of water 15 minutes after you finish with your meal.

CHEW EVERY BITE FOR 30 TIMES

If you cook your meals with less water, you can reduce the stomach pressure. Moreover, chewing your food more helps your stomach to empty the food and balances the stomach pressure. I suggest you to chew your every bite at least 30 times. Also, you can consume magical nutrition such as beetroot, white cabbage, yogurt, mill and sugar-free lemonade to preserve the acidic environment in your stomach and cure your reflux disease.

TIP OF THE DAY

Helicobacter pylorus is a microbe that grows in the stomach causing stomach cancer. Usually, it easily reproduces in patients suffering the early stages of gastritis. When the stomach acid level drops and stomach lacks its protective acid, this bacterium grows at an incredible rate posing danger. Although antibiotic treatment is adviced to patients, it rarely succeeds to eliminate the danger. With increasing age, 90 people out of 100 have this bacteria as their stomach acid level drops, researchers say arguing that the antibiotics that are used to kill the bacteria causes it to grow faster in the future. There are three natural medicines for helicobacter pylorus: red and black beet, natural cider vinegar and garlic. One spoon of cider vinegar every day eliminates all microbes in the stomach and prevents stomach pressure to increase by easing digestion. Since beet features betaine, it is the sworn enemy of helicobacter pylorus. Two raw and crushed garlics everyday are also the best way to root this bacteria away.
Last Update: Dec 17, 2018 3:37 pm
RELATED TOPICS