Head transplant could be possible in 2 years 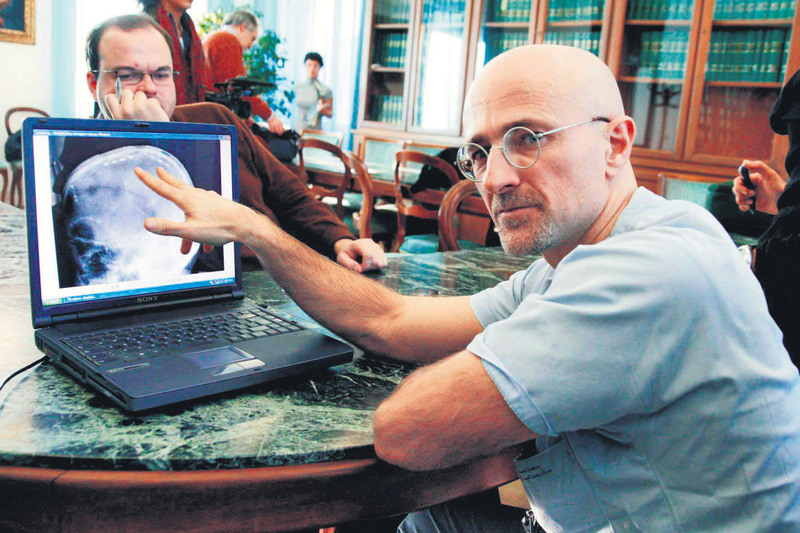 by Daily Sabah Mar 01, 2015 12:00 am
Speaking to New Scientist magazine, Italian surgeon Sergio Canavero, from the Turin Advanced Neuromodulation Group, announced that the first human head transplant could be possible in two years. He claimed that they can overcome problems such as attaching cerebrospinal with body and rejection of the new head by the body and that the first head transplant might take place in 2017. According to the study, which was featured on the cover of the magazine, a head transplant will be a hope for people who suffer from degenerative muscle and nerve diseases as well as those whose internal organs are damaged due to various cancers.

Italian surgeon Canavero also stated that he will reveal the first detailed report on his study at the annual meeting of the American Academy of Neurological and Orthopedic Surgeons, which will take place in June in the U.S. Moreover, Canavero's article, which explains how he will connect spinal cords during the transplant, was published in the medical magazine Surgical Neurology International.

According to the article, the first step is to cool both the transplant head and the donor body in order to slow cell death. Then, the necks of both bodies will be cut as well as the major blood vessels linked with tubes. Finally, the spinal cords will be severed, with as clean a cut as possible.

The surgeon noted that he uses a chemical component, polyethylene glycol, to prevent the fat in cell membranes from melting and sticking to each other. Following the operations, which are completed when the muscles and veins are fused together, the patient will be put into a coma for around four weeks to prevent him or her from moving while they heal. Meanwhile, the electrodes that surround the patient's body will give electricity to the spinal cord to strengthen the nerve connections of the new head. Canavero claims that the patient could be able to walk with the help of physical therapy in a year after he or she wakes up and added that a few people have already volunteered for the head transplant.

A head transplant was first performed by Soviet surgeon Vladimir Demikhov on dogs in 1954. Demikhov transferred the head and the forelegs of a puppy to another dog. The dogs survived two to six days following the transplant. In 1970, American scientist Robert White of Western Reserve University performed a head transplant on a monkey. White and his team transferred one monkey's head to another; however, the spinal cords did not fuse with each other. The monkey could not move and could only breathe via a machine and lived for nine days.
Last Update: Mar 02, 2015 10:23 am
RELATED TOPICS