No link between smoking and cancer, claims Indian MP 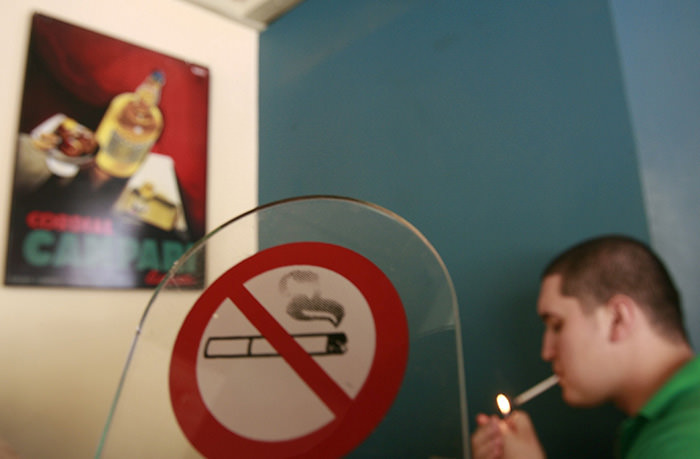 |Reuters Photo
by Anadolu Agency Apr 03, 2015 12:00 am
An Indian ruling-party MP has sparked outrage on Friday by claiming it is "debatable" whether smoking causes cancer.

Ram Prasad Sarmah, a lawmaker for the Bharatiya Janata Party in the northeastern state of Assam, made the statements following a string of similar claims by ruling party MPs amid a debate about whether India should implement stronger laws on tobacco sales.
"I know two elderly people who drank a bottle of alcohol and smoked 60 cigarettes every day. One is still alive, the other died at 86," Sarmah was quoted by local NDTV as saying.

The 60-year-old Sarmah is part of the federal government's 15-member panel tasked to review the government's plans to discourage smoking.

Sarmah's comment on Friday has stirred huge controversy as he is the third member on the government panel who is seen to be siding with the country's powerful tobacco industry.

"BJP MPs are promoting tobacco, cigarettes, Bidi? Do they want people to suffer from cancer? Are they with citizens or with tobacco lobby?" Ashutosh, a former journalist and leader of the anti-corruption Aam Aadmi Party wrote on Twitter.

The Indian government had announced last year that it would publish pictorial graphics on cigarette packets from April 1, 2015 to discourage smoking, but the panel said it needs more time to review the government's plans.
Last Update: Apr 03, 2015 4:32 pm
RELATED TOPICS