Live a gluten-free life with fresh vegetables, meat and fish 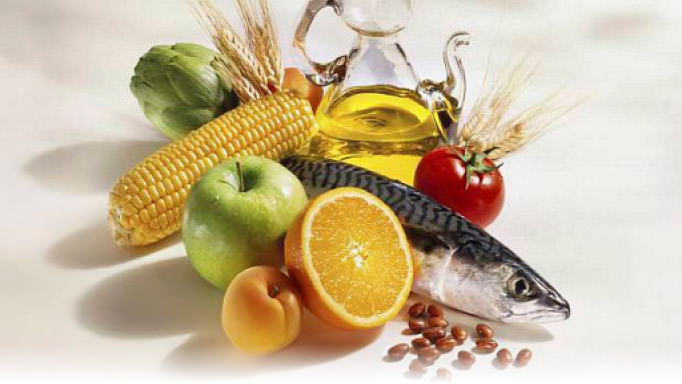 Cereals and cereal products can trigger various disorders, specifically gluten intolerance. However, there are now many options available for those who have this allergy

Since mankind adopted a sedentary life and began cultivating agricultural products, cereals have been some of the most important food sources of various societies in every part of the world. Despite ever-changing dietary habits, cereals and cereal products have never lost their importance in daily use; on the contrary, they have begun to play an even bigger role. However, these food sources, which form a big part of our daily nutritional intake, can cause problems for some people. Among the various illnesses, coeliac disease and gluten intolerance are the most common ones. Studies conducted in different geographical regions suggest that the frequency of gluten-related diseases has increased significantly. Although it was a rarely-seen disease not long ago, coeliac disease is now common in the Middle East and North Africa, as well as India and Europe. Moreover, several research studies conducted on the subject suggest that gluten-related diseases have genetic origins.

Gluten is the leading cause of coeliac diseases following yeast

I first heard about gluten when I was in college. During a course on how to bake bread, we talked for a bit about how much gluten we need in our daily diet. What I clearly remember from that class is that gluten, which is a protein found in wheat, barley, rye and oat, works as an adhesive when it is mixed with water. Moreover, it plays the leading role in effervescing following yeast, since it stores the carbon dioxide that is produced when bread ferments. Knowing and understanding how gluten impacts our bodies is important to determine the amount and type of flour that you will use while baking bread. Actually, the only thing that prevents the pizza chef from being embarrassed in front of everyone while tossing pizza dough in the air in American films is the gluten.

Now, I want to talk more about how gluten – which is almost in every food that we prepare and has a great importance for us cooks and chefs in the kitchen – is not tolerated by some people. Gluten is very harmful to people who suffer from coeliac disease. Every time gluten is consumed by those with coeliac disease, the patient's immune system damages their own small intestine. This disease is not only considered a digestive system problem, but also an autoimmune disease, as the immune system does not recognize gluten and declares war against it assuming it is a microbe or a virus. The only treatment is to adopt a gluten-free diet for life. In other words, they cannot even take a bite of any food that includes wheat, barley, rye or oats, including convenience and refined foods, pasta and cereals that decorate supermarket shelves.

Although people who suffer from gluten-related diseases cannot consume many of the products sold in the markets, there are many other products that can be enjoyed. All vegetables and fruits as well as fresh meat, fish and chocolate (the package of the product should be checked, however) can easily be consumed. Additionally, markets feature gluten-free products for people with gluten intolerance. To produce these special products, gluten and toxin-free rice, corn flour, soybean flour and guar or amaranth are most often used.