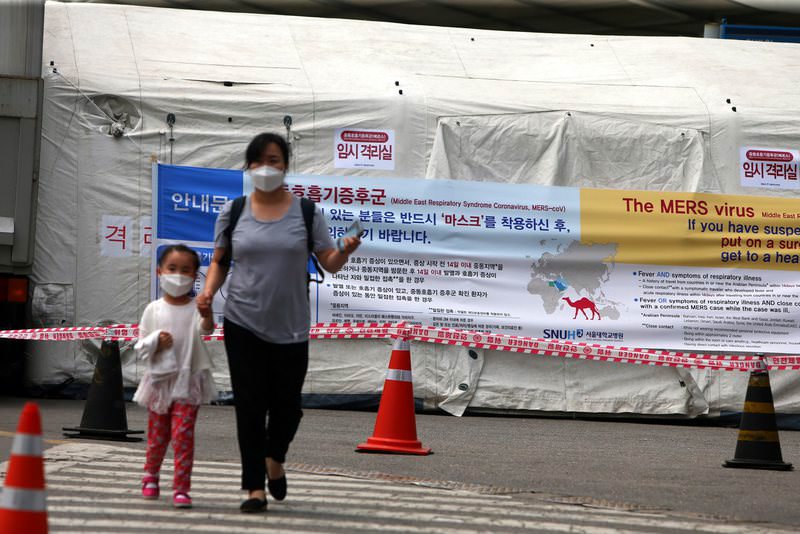 Aside from the health care workers, one of the new confirmed cases was in a person who had shared a hospital room with an infected patient and two were in people who had visited the ward at another institution where the country's first confirmed patient had been admitted, the ministry said.

The transmissions occurred before the existing patients were confirmed to be MERS positive, the ministry said. Three health care workers have previously been diagnosed as having MERS.

There have been two deaths directly confirmed as resulting from MERS, sharply raising public fear and confusion as authorities tried to contain the spread of the disease by tracking down people who may have had contact with patients.

All the cases have been traced to a 68-year-old man who had visited Saudi Arabia and the United Arab Emirates, the countries with the most MERS cases.

While there has been no sustained human-to-human transmission, the worst-case scenario would be for the virus to change and spread rapidly, as Severe Acute Respiratory Syndrome (SARS) did in 2002-2003, killing about 800 people around the world.

MERS was first identified in humans in 2012 and is caused by a coronavirus from the same family as the one that triggered SARS. But MERS has a much higher death rate at 38 percent, according to World Health Organization (WHO) figures.

The new cases would bring the total number globally to 1,179, based on World Health Organization (WHO) data, with at least 442 related deaths.