Half of world's population to suffer water shortage by 2050 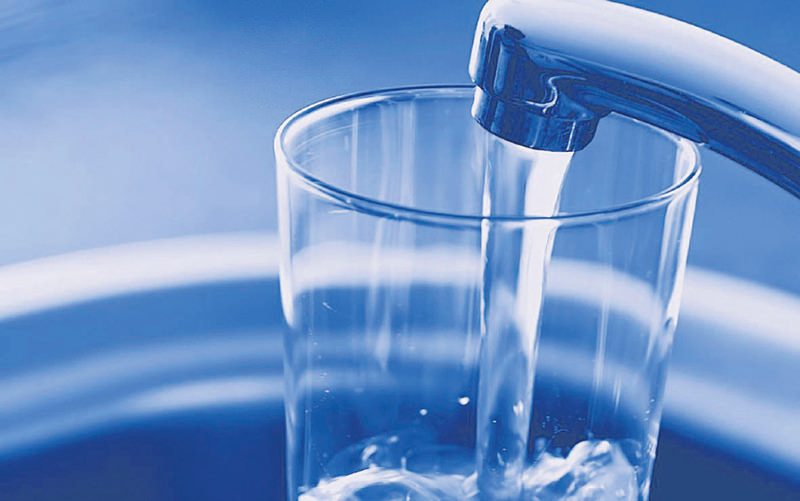 by Daily Sabah Jun 12, 2015 12:00 am
According to the World Wide Fund for Nature (WWF) - Turkey's Water Risks Report, 1.2 billion people are currently residing in regions where water is physically scarce. However, the report revealed that half of the world's total population will suffer from water shortages by 2050. Although most of the Earth's surface is covered by water, potable water sources comprise only 2.5 percent of total water reserves and 70 percent of these sources are locked in ice and snow masses. Although potable water sources cover 1 percent of the Earth, they sustain all freshwater ecosystems as well as 10 percent of all animal species. The existence of sufficient and high-quality potable water is not only the foundation of freshwater ecosystems but also of food security and sustainable development.

More than 1.2 billion people, one-fifth of the total global population, have to live with a lack of freshwater. The WWF's study estimates that in 2050, nearly 40 percent of the world's population will have to live in areas where there are insufficient potable water sources. In the next 40 years, the world's population is expected to increase by 2.5 billion, further straining freshwater resources in order to meet the needs of a growing population. A total of 70 percent of fresh water is used for agriculture. As the population and the demand for more food and potable water increases, freshwater sources are already feeling the increased pressure. In order to meet this increasing demand, the amount of water used in agriculture is expected to double by 2050. Global climate change affects the water cycle, causing floods in some regions while it leads to drought in other parts of the world. This unbalanced situation creates problems particularly when people need to access freshwater. Although Turkey is currently a water-rich country, with freshwater sources amounting to 1.519 cubic meters per person, the freshwater reserves per person will decrease to 1.100 cubic meters by 2030 and Turkey will suffer from a water shortage. In the last 50 years, Turkey lost 1.3 million hectares of wetlands. Today, 74 percent of freshwater sources in Turkey are used for agriculture, 15 percent for daily use and 11 percent for industry. Although authorities tie Turkey's freshwater sources to its annual rainfall, social, economic and environmental factors also play an important role in freshwater conservation. A growing population and freshwater pollution due to industrialization and urbanization are the main reasons for the drastic decrease in potable water sources. As the limited water sources are polluted with industrial and agricultural waste, access to freshwater is becoming difficult for millions of people around the world. Moreover, recycling polluted water is a very expensive process. In order to clean one liter of water, eight liters of freshwater must be used. To protect future generations and prevent them suffering from water shortages, each individual in the world should learn how to use freshwater resources more carefully.
RELATED TOPICS