Antibiotics may be an alternative to appendectomy surgery 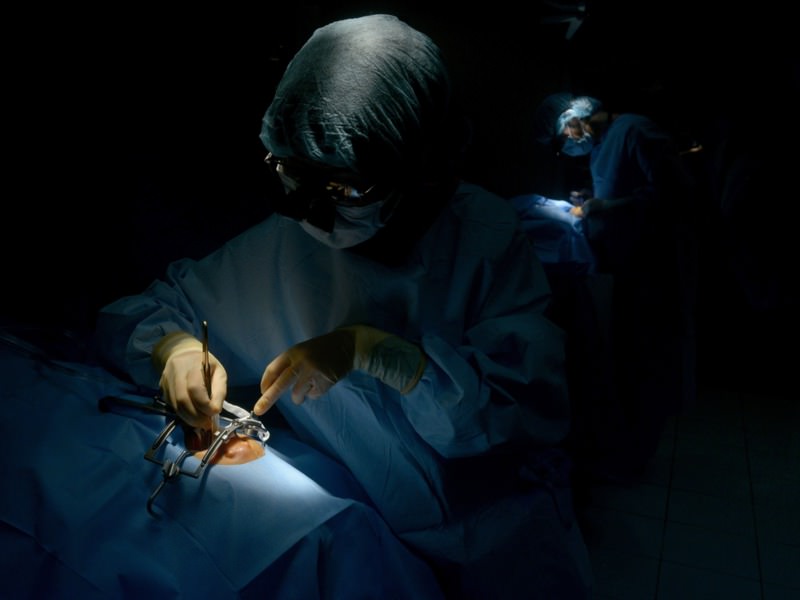 | AFP Photo
by Daily Sabah Jun 17, 2015 12:00 am
Antibiotics may be a strong alternative to surgery in most of the uncomplicated appendicitis cases, according to a new study published on Tuesday

In the study carried out by Finnish scientists in Turku University, it was found that antibiotics could be enough in treating the inflammation of the appendix.

The Finnish study, which was published in the Journal of the American Medical Association, concluded that most patients can be treated with antibiotics alone but these results only applied to patients with uncomplicated appendicitis.

In the study 530 patients, aged between 18 and 60, were randomly assigned into two groups to either take antibiotics or have surgical treatment for their appendicitis.

257 people received antibiotics and three out of four recovered well and did not require additional surgery. Only about 27 percent had to undergo surgical procedure despite the 10-day antibiotic course.

The research also showed that those patients who ultimately had to undergo surgery despite the antibiotics treatment, did not experience any negative effects because of the delay in the surgery.

In the study, computerised tomography (CT) scans were used on the patients to establish cases of uncomplicated acute appendicitis.

CNN reported that one of the researchers, Dr.Wray, suggested that the reason some cases didn't respond to antibiotic treatment was because "the medication did not clear up the obstruction causing the inflammation in the appendix". The Dr. added that with such a rate of failure with the use of antibiotics clinical examinations, unfortunately, the drugs-only treatment will not be able to take place yet.

Appendicitis is the inflammation of the appendix, which is a worm-shaped pouch attached to the large intestine. People who have appendicitis show symptoms such as severe abdominal pain and nausea. It is treated by a procedure called an appendectomy in which the appendix is surgically removed.
Last Update: Jun 17, 2015 10:58 pm
RELATED TOPICS