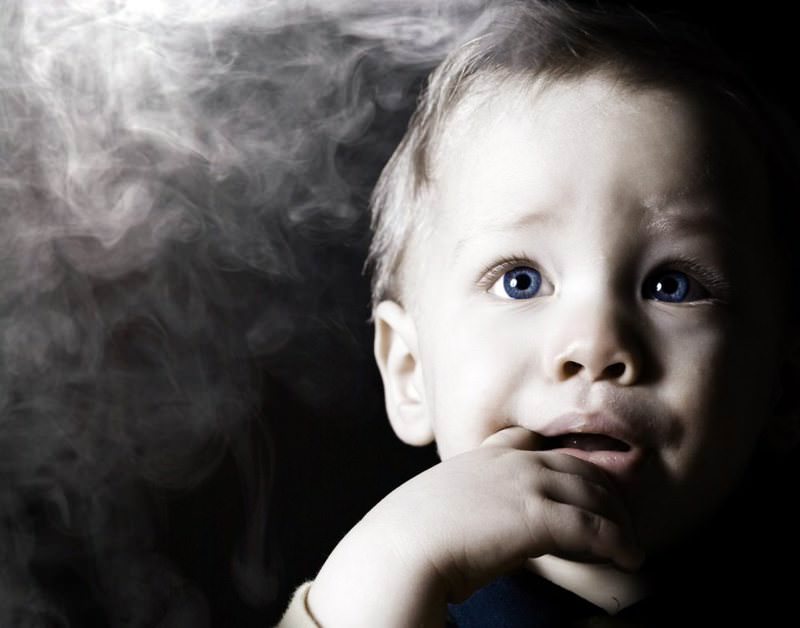 by Daily Sabah Jun 24, 2015 12:00 am
Children exposed to tobacco smoke have a higher risk of becoming obese, according to a study published in the Nicotine and Tobacco Research magazine. The study, conducted by scientists from Montreal University and the Saint-Justine Research Center in Canada, analyzed the smoking habits of 2,055 people and looked at their children's weight. It demonstrated that the waist circumference of children exposed to cigarette smoke was larger and their body mass indexes (BMI) are higher. The study discovered that children often or occasionally exposed to cigarette smoke have a wider waist circumference by 1.5 centimeters compared to the average of 10 year olds. Additionally, the BMI of these children is between 0.48 and 0.81, which is higher than others. Linda Pagani, one of the study authors, said smoking around children can harm the balance of the endocrine gland, which secretes hormones, and negatively affects the development of the brain's frontal lobe. Pagani also said passive smoking, also known as secondhand smoke, can damage the vital systems of children until they are 10 – a vital period for their development. According to World Health Organization (WHO) statistics, secondhand smoke causes the death of 600,000 people annually.
Last Update: Jun 24, 2015 8:25 pm
RELATED TOPICS