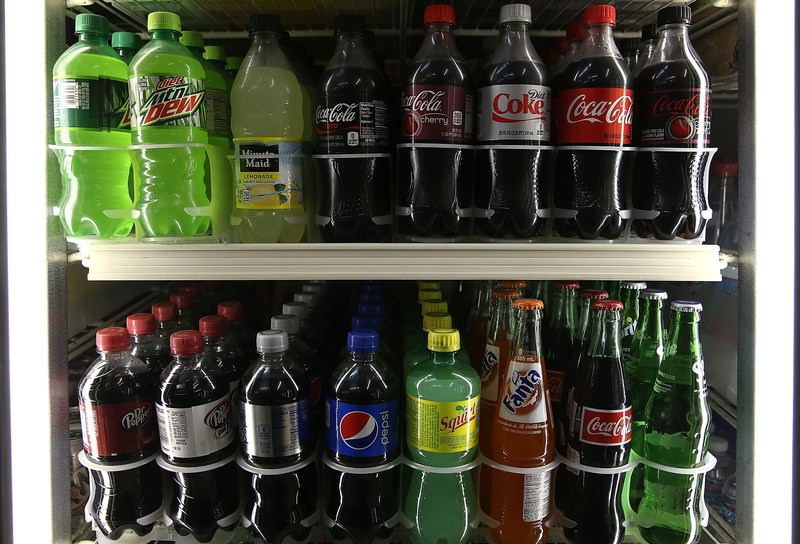 | AFP Photo
by Daily Sabah Jul 01, 2015 12:00 am
A study published in the Journal of Circulation on Monday claimed that the consumption of sugary drinks cause about 184,000 adult deaths every year.

In the study, researchers from Tufts University in the United States found that beverages high in sugar are directly linked to 133,000 deaths from type 2 diabetes, 45,000 from cardiovascular disease and 6,450 from cancer- making the annual death toll a shocking 184,450.

The study led by Dariush Mozaffarian at Tufts University statistically analyzed more than 50 countries' causes of death and country-specific dietary habits along with previous studies showing the harmful effects of sugar consumption on overall health.

The results of the study are based on 611,971 individuals' answers in 62 dietary surveys conducted between the years 1980-2010 in 51 countries across the world. In addition, the availability of sugar in 187 countries shaped the final results.

Three-fourths of all deaths were in developing countries, showed the study.

Among the surveyed countries, Mexico had the largest number of deaths linked to sugary beverages with 405 deaths per one million adults. The U.S. came in second with 125 deaths per million. On the other hand, for adults over 65 in Japan the rate of death was less than one percent.

Another alarming finding was that young people were more susceptible to chronic diseases related to high consumption of sugary drinks.

The researchers could not prove that sugary drinks were the direct and primary cause of these 184,000 deaths. But based on the conclusions on dietary habits, sugar availability and death rates, the study shows that excessive sugar consumption plays a big role in the mentioned health problems and may be the root cause of such diseases as obesity, diabetes and heart problems.

Showcasing the negative effects of sugar on human health in the study, the researchers emphasized that eliminating or at least reducing sugar-sweetened drinks from diets should be a global priority.

Previously in 2013, the study had been presented as an abstract at the American Heart Association Council on Epidemiology and Prevention.