Dr. Oz does a u-turn on weight-loss supplements 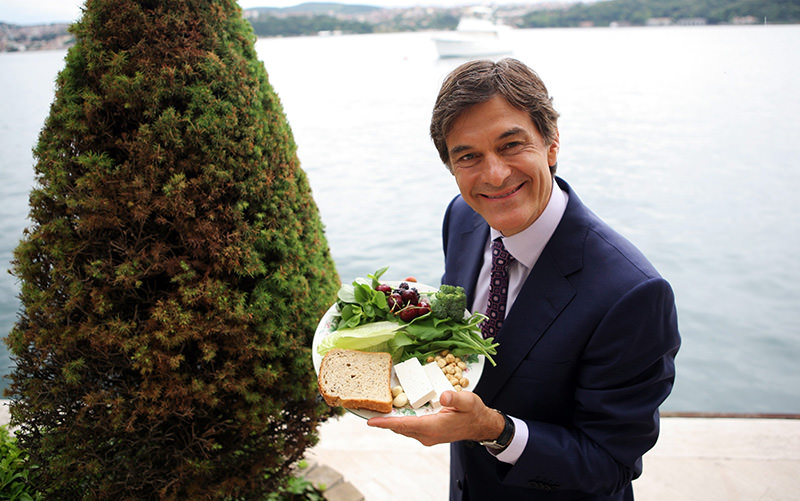 by Daily Sabah Jul 21, 2015 12:00 am
Mehmet Öz, a Turkish-American surgeon and a prominent television personality in the U.S. also known as Dr. Oz, stepped back from his previous comments on weight-loss supplements, and advised people not to use such products anymore.

Öz said, "I wish I could take my words back on supporting these products". He made the comments on Tuesday in Istanbul's prominent Ortaköy Les Ottomans Hotel where he went to upon an invitation by Turkish satellite television provider D-Smart.

The prominent doctor said that the reason why obesity is increasing in Turkey is connected to a sedentary lifestyle, adding that people should stay away from weight-loss supplements such as "green coffee extract", which Öz had called before as a "magic" and a "miracle" product for losing weight.

The Federal Trade Commission (FTC) in the US decided at the beginning of the year that the diet products promoted by Öz had no weight loss benefits, fining the production companies a total of 9 million dollars to be paid to the consumers.

The commission's decision came following an investigation launched into Dr. Oz's products following the allegations from a marketing staffer Lindsey Duncan, who claimed she saw no positive effects of his products after Öz hosted her on his TV program. The commission later found her claims to be well-founded.

During the commission's investigation, Öz had said that although "mega-success" of the weight-loss products was not scientifically proven, he believed in it personally, having even his family take the products.

The FTC, however, later found out that the green-coffee extract promoted on Öz's shows had in fact no weight loss benefits, fining the company which used the results of a "flawed study" to push the extract into the market.