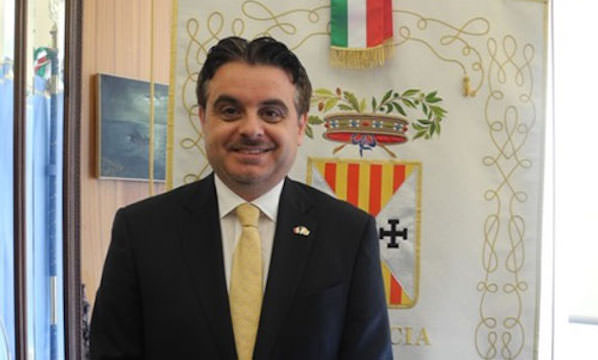 by Daily Sabah Aug 12, 2015 12:00 am
The mayor of a small mediaeval village in Italy's Calabria has signed a decree that bans locals from getting sick, according to Italian news agency AGI. The mayor of Sellia plans to offer better living conditions and opportunities to its citizens with this decree, as the town's population has been decreasing due to migration and a decrease in the birth rate. Mayor Davide Zicchinella is urging villagers to prioritize their health as well as that of others around them. He also has given people a 10-euro discount on their taxes for those who visit the local health center regularly.

However, he charges extra taxes for those who put their health in danger. "Those who don't take preventive measures, and jeopardize their own health and that of our village, will have to pay more taxes," said Zicchinella, who is also a physician. The population of the village has decreased from 1,300 to 537 since the 1950s. Moreover, six out of 10 villagers are above the age of 65. Not only the village of Sellia but the whole of Italy, especially the southern parts of the country, have been experiencing a dramatic fall in birth rates. Earlier this year, Italy's national statistics office, ISTAT, announced that fewer babies were born in Italy in 2014 than at any point since the foundation of the modern Italian state in 1861.
RELATED TOPICS