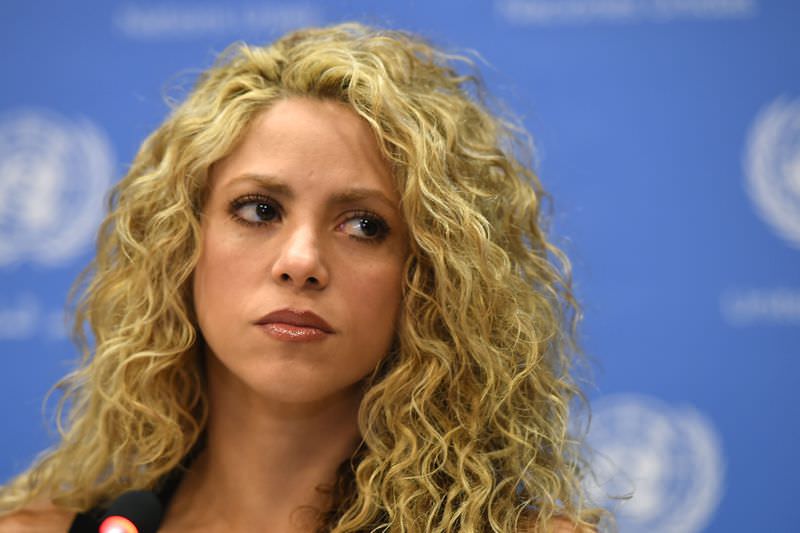 by daily sabah Sep 23, 2015 12:00 am
UNICEF Goodwill Ambassador Shakira called on the world leaders on Tuesday to make investments in early childhood development as the lasting effects of stress on the brains of children have been exposed by new scientific discoveries.

"More than 100 million children are out of school and 159 million boys and girls under five are physically and cognitively stunted due to a lack of care and proper nutrition," said Shakira.

"Every year that passes without us making significant investment in early childhood development and initiatives that address these issues, millions of kids will be born into the same cycle of poverty and lack of opportunity," she added.

"UNICEF and I have joined forces and are here today because investing early in children is an urgent matter and there isn't another moment to lose," she further added, according to the Tuesday's press release by the UNICEF.

"Brain development is most intense during early childhood, with nearly 1,000 neural connections happening every second. These early synaptic connections form the basis of a child's health and wellbeing, including the lifelong capacity to learn, adapt to change, and handle adversity," said the statement, adding that nearly one-third of all children under 5 years of age in lower and middle income countries are growing up in environments and situations that can interfere with this period of rapid growth and development.

The United Nations Children's Fund (UNICEF) is a United Nations Program headquartered in New York City that provides long-term humanitarian and developmental assistance to children and mothers in developing countries.

UNICEF was created by the United Nations General Assembly in 1946 to provide emergency food and healthcare to children in countries that had been devastated by World War II.
Last Update: Sep 23, 2015 12:50 pm
RELATED TOPICS