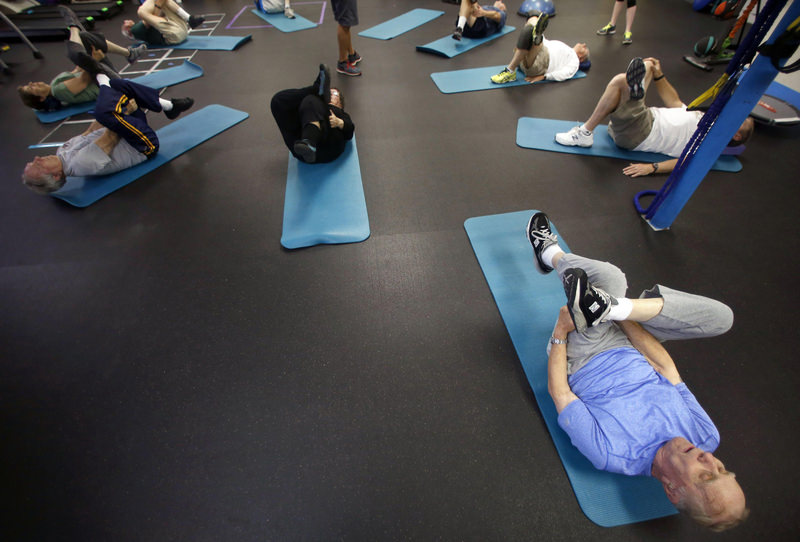 Parkinson's disease, a degenerative disorder of the central nervous system, affects roughly 110,000 people in Turkey. Elderly people are more prone to develop Parkinson's disease and certain exercises may ease the problems of those with the disease

Parkinson's disease is caused by a loss of nerve cells in the part of the brain that is responsible for smooth and balanced movement. Dopamine, a brain chemical found in the brain stem, coordinates physical movement and muscles. In patients with Parkinson's, the signal transition between brain cells producing dopamine and the parts responsible for body movement is damaged. This is apparent as decreased movement reflects initial symptoms of the disease.

Common signs of Parkinson's are tremors or shaking, balance problems, slow movement and muscle rigidity. These signs first emerge in certain parts of the body. For instance, in earlier stages, a certain part of the body will shake while resting or experience slow movement on either the right or left side. Patients have difficulty with fine movements and are unable to move one of their arms or legs easily. They can also have difficulty with writing, using cutlery, sitting or standing up, tying shoelaces, buttoning shirts and turning while sleeping. The more the disease develops, the more patients experience difficulties living their lives as normal and often need assistance.

Although no known treatment can stop or reverse Parkinson's, it can be managed with drug treatments that either increase the level of dopamine in the brain or reduces the severity of the symptoms.

The treatment of the disease continues throughout a patient's lifetime. Medication should be taken regularly and the patients should pay extra attention to the interaction of the medications and the food they eat in order to ensure effective treatment. Moreover, if a patient suddenly stops taking Parkinson's medications, they could face life-threatening dangers. Hence, Parkinson's patients should undergo their regular check-ups at a neurology clinic.

Deep brain stimulation - also referred to as a "brain pacemaker" among the public - is also a topic that is frequently discussed in the media. With this treatment method, neurostimulators send electrical impulses through implanted electrodes to specific parts of the brain to treat movement and affective disorders. The result of this treatment is the same as the result of the Parkinson's medications. However, as this treatment treats the muscle disorders caused by Parkinson's medications, it is usually preferred in the advanced stages of the disease. This treatment should not be used in the early stages of the disease but it must be considered when medication-related muscle problems arise. Note that those who have dementia and excessive balance problems should not use this treatment.

All symptoms of Parkinson's disease, including shaking, increase with stress and excitement. Therefore, it is important for patients to stay away from stress and maintain a positive outlook over the course of the disease in order to live a more comfortable life.

Regular exercise is also very important for patients with Parkinson's. The problems with posture and balance in the advanced stages of the disease can be prevented with exercise. Stretching exercises to increase joint flexibility, exercises to strengthen the abdomen and back, walking and swimming are especially beneficial. The exercise routine should not be tiring and the patient should take short breaks during the routine if necessary.