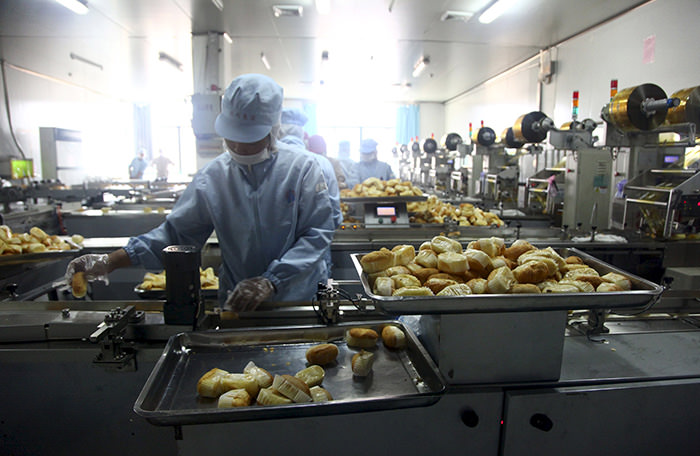 |Reuters Photo
by Anadolu Agency Dec 03, 2015 12:00 am
Almost one-tenth of the world's population, or 600 million people, get sick every year after consuming contaminated food, out of which, 420,000 die, including 125,000 children, World Health Organization said Thursday.

The statistics were released in a new report on the global burden of food-borne diseases caused by 31 agents, including bacteria, viruses, parasites, toxins and chemicals.

"Until now, estimates of food-borne diseases were vague and imprecise. This concealed the true human costs of contaminated food. This report sets the record straight," the organization's Director-General, Margaret Chan, said in a statement.

Almost one-third of all deaths from foodborne diseases are among children under the age of five years, despite the fact that they make up only 9 percent of the global population, the report said.

"These estimates are the result of a decade of work, including input from more than 100 experts from around the world," Kazuaki Miyagishima, the organization's director of Department of Food Safety, said.

According to the report, diarrheal diseases are responsible for more than half of the global burden of food-borne diseases, causing 550 million people to fall ill and 230,000 deaths each year.

Food-borne diseases can cause short-term symptoms, such as nausea, vomiting and diarrhea (commonly referred to as food poisoning), but can also cause longer-term illnesses, such as cancer, kidney or liver failures, brain and neural disorders, the report said.

"The risk of food-borne diseases is most severe in low and middle-income countries, linked to preparing food with unsafe water; poor hygiene and inadequate conditions in food production and storage; lower levels of literacy and education; and insufficient food safety legislation or implementation of such legislation," the report added.