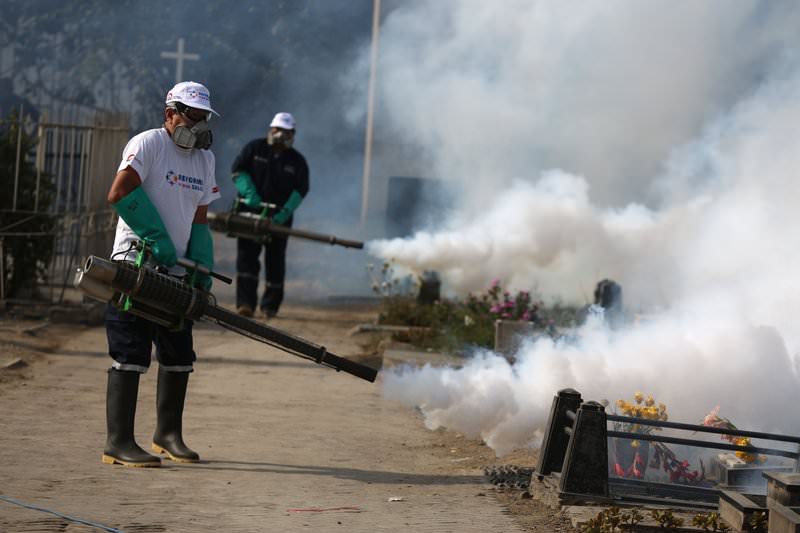 by Associated Press Jan 26, 2016 12:00 am
The World Health Organization says it suspects a link between the mosquito-borne Zika virus and a rare birth defect that gives babies abnormally small heads, but says so far the evidence is "circumstantial" and more research is needed.

With Brazil in particular hit by a large Zika outbreak as well as some 4,000 cases of cases of microcephaly, director-general Dr. Margaret Chan and other WHO officials noted the coincidence of a potentially debilitating condition for newborns from pregnant mothers who may have been bitten by virus-carrying mosquitoes.

"Although a causal link between Zika infection in pregnancy and microcephaly has not been established, the circumstantial evidence is suggestive and extremely worrisome," Dr. Chan said in a statement. "An increased occurrence of neurological syndromes, noted in some countries coincident with arrival of the virus, adds to the concern."

The U.N. health agency announced plans to hold a "special session" in Geneva on Thursday to brief member states about Zika on the sidelines of a WHO executive board meeting, reflecting a virus that has fanned increasing concern through the Americas and beyond.

Speaking to reporters Tuesday at the U.N.'s Geneva office, WHO spokesman Christian Lindmeier said the "big task" of health officials is to try to establish a link between the virus and microcephaly, which involves abnormally small heads in newborns and can affect brain development.

"That's why it's so important to look now into this connection and see what is going on there," he said.

Outbreaks of the Zika virus have been recorded in 21 countries in the Americas and 10 in Africa, Asia and the Pacific, although Brazil has been the epicenter and also has tallied some 4,000 microcephaly cases, he said. El Salvador, Panama, Colombia and Cape Verde also have had "large outbreaks" of the Zika virus, he said.

Lindmeier said "of course, it could spread further."

"We don't know how it spreads, we don't know even where the mosquito does get the virus from," he said.

He noted, however, that Zika itself "and this is again very important is not a dangerous disease. It has milder symptoms than dengue or chikungunya or yellow fever."

One of the tasks facing health authorities is to rid the breeding places of the Aedes mosquitoes that carry the virus and foster "personal protection" measures among citizens, he said.
Last Update: Jan 26, 2016 10:04 pm
RELATED TOPICS