First case of Zika infection through sexual transmission reported in US 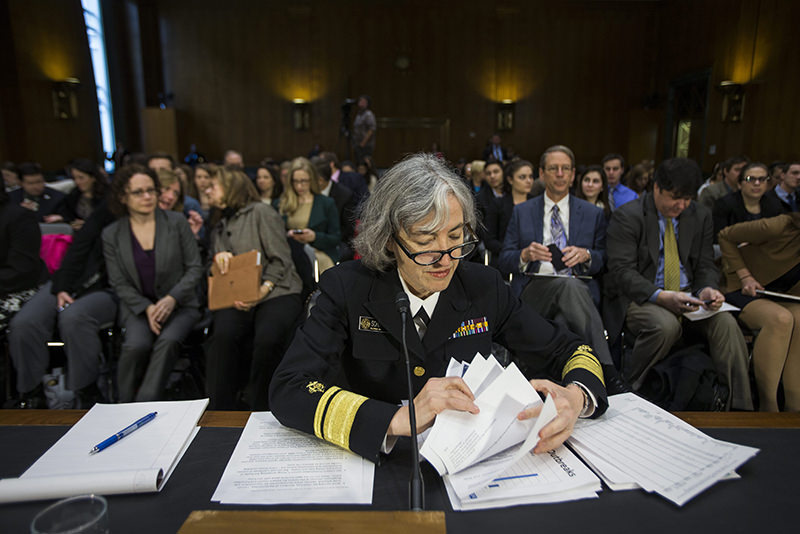 u201cThere is one reported case of Zika virus through possible sexual transmission,u201d Dr Anne Schuchat said on 28 January. (EPA Photo)
by Feb 04, 2016 12:00 am
The World Health Organization voiced concern on Wednesday over the reported transmission of the Zika virus in Texas by sexual contact, as such infections could make efforts to combat the virus linked to severe birth defects in Brazil even tougher.

The virus that is spreading quickly across the Americas is usually transmitted by mosquitoes. But health officials in Dallas County reported on Tuesday that the first known case of Zika contracted in the United States was a person infected after having sex with somebody who had returned from Venezuela.

The WHO declared a global health emergency on Feb. 1, citing a "strongly suspected" relationship between Zika infection in pregnancy and microcephaly, a condition marked by abnormally small head size that can cause permanent brain damage in newborns.

Health ministers from across South America gathered in Uruguay's capital, Montevideo, to discuss the public health emergency and how the region can coordinate its fight against the outbreak.

Late Tuesday, the Brazilian health ministry said the number of newborns with microcephaly it suspects are linked to the virus had increased to 4,074 as of Jan. 30, from 3,718 a week earlier.

Researchers have identified evidence of Zika infection in 17 of these cases, either in the baby or in the mother, but have not confirmed that Zika can cause microcephaly.

There is no treatment or vaccine for Zika.

Sexual transmission could add a new dimension to the threat Zika poses, although WHO spokesman Gregory Hartl stressed that "almost a 100 percent of the cases" are transmitted by the bite of a mosquito.

"This reported case in the U.S. of course raises concerns," Hartl said at the U.N. agency's headquarters in Geneva. "This needs to be further investigated to understand the conditions and how often or likely sexual transmission is."

For the WHO "the most important thing to do is to control people's exposure to mosquitoes," Hartl said.

The WHO estimates as many as 4 million people could become infected in the Americasa.

Hartl called the Texas case only the second worldwide linked to sexual transmission, referring to media reports about a case of an American man who returned from Senegal in 2008 and is suspected of having infected his wife. The medical literature also has a case in which the virus was detected in semen.

Scientists and public health authorities said far more research is needed to determine how much sexual contact might be needed for contagion.

"If you swap enough bodily fluid, most viruses can probably be sexually transmitted to some extent," said Ben Neuman, a virologist at Britain's University of Reading.

"Control measures need to focus on the major source of Zika, which is still overwhelmingly mosquitoes," Neuman said.

The WHO warned member states in Europe on Wednesday that the risk of the virus spreading into the region increases with the onset of spring and summer.

"Now is the time for countries to prepare themselves to reduce the risk to their populations," said the WHO's Europe chief, Zsuzsanna Jakab. "Every European country in which Aedes mosquitoes are present can be at risk for the spread of Zika virus disease."

Brazil's government has declared an all-out offensive to eradicate the Aedes mosquito that breeds in stagnant water.

The WHO said the virus has been transmitted in at least 32 countries, from South America to the Western Pacific.

The Pan American Health Organization, the WHO's arm for the Americas, said it needed an estimated $8.5 million to help countries in the region respond to the Zika threat, Carissa Etienne, director of PAHO, told reporters in Uruguay.

Brazilian Health Minister Marcelo Castro said U.S. experts will travel to Brazil next week to start work on the development of a Zika vaccine and come up with a timetable for the effort.

A key challenge in tackling Zika is that the virus shows symptoms in only one in five people who are infected. Even then, for most people symptoms are limited to minor, flu-like aches and fever.

A number of drug developers and universities are attempting to produce a vaccine, but experts have said a vaccine is months or even years away.

Japan's leading drugmaker Takeda Pharmaceutical Co Ltd (4502.T) said it has created a team to investigate how it might help make a vaccine, a day after France's Sanofi SA (SASY.PA) said it would launch a Zika vaccine program.

Pfizer Inc (PFE.N), Johnson and Johnson (JNJ.N) and Merck & Co Inc (MRK.N) said they were evaluating their technologies or existing vaccines for their potential to combat Zika.

The rising number of cases has stirred concern ahead of the Olympic Games in August in Rio de Janeiro in August when Brazil's second largest city will host tens of thousands of athletes and tourists from around the world.