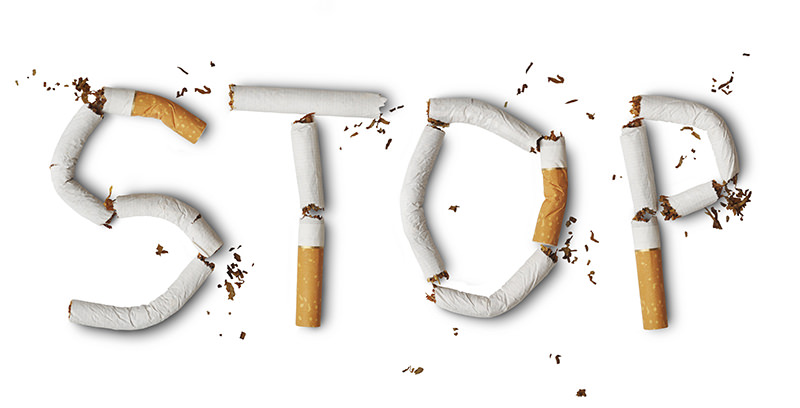 People who quit smoking all at once are more likely to be successful than those who cut down on cigarettes gradually, according to a new study.

"For many people, the obvious way to quit smoking is to cut down gradually until they stop," said lead author Nicola Lindson-Hawley, a post-doctoral researcher at the University of Oxford in the U.K.

"However, with smoking, the norm is to advise people to stop all at once and our study found evidence to support that," Lindson-Hawley told Reuters Health by email. "What we found was that more people managed to quit when they stopped smoking all in one go than when they gradually reduced before quitting."

The researchers randomly assigned almost 700 adult smokers to either an abrupt quitting or gradual reduction group. Each person set a "quit day" of two weeks after they entered the study, and saw a research nurse once a week until then.

Half of people preferred to cut down gradually, a third preferred abrupt quitting and the rest had no preference before the study began, but preferences did not affect which group they were sorted into.

In the gradual group, the nurse created a reduction schedule for participants to cut back on cigarettes by 75% over those two weeks, and provided participants with nicotine patches and a choice of short-acting nicotine replacement gum, lozenges, nasal spray, sublingual tablets, inhalator, or mouth spray during the reduction period.

In the abrupt quitting group, the participants were also given nicotine patches of 21 mg per 24 hours, as some evidence suggests doing this before quitting may increase success, but no short-acting products, and were told to smoke as usual until the quit date.

Four weeks later, 40% of the gradual group were still not smoking, compared to 49% of the abrupt quit group, as verified by chemical breath analysis. Those who said they preferred gradually cutting down before the study began were less likely than others to still be abstinent from cigarettes at this point.

By six months, 15% of gradual quitters and 22% of abrupt quitters were still abstinent, as reported March 14 in the Annals of Internal Medicine.

"There is a lot of evidence to suggest that if you would like to quit the best way to do so is by seeking help in the form of behavioral counseling and a treatment such as nicotine replacement therapy (i.e. patches or gum) or varenicline," Lindson-Hawley said. "However, there are also benefits of calling quitlines, particularly if these go on to provide proactive support for quitters."

Those who choose to quit gradually are often more addicted and have failed to quit abruptly several times before, said Dr. John Hughes of the University of Vermont in Burlington.

About one third of quit attempts include gradually cutting down, Hughes told Reuters Health by email.

"The decision to quit for most smokers is a sudden one, that often occurs because something happens to motivate them," Hughes, who was not part of the new study, said. "With abrupt cessation, they can act on the decision to quit immediately, while still highly motivated (in fact half of smokers quit on the same day they decide to quit)."

The new results should be useful for people who want to quit but don't have a preference for how to do it, Lindson-Hawley said. "In this case we can tell smokers and the people who treat them that the best approach to try is abrupt quitting rather than gradual quitting."

In most cases health care services already take this approach, so no major change is necessary, she said.