Susie the gorilla gives insight into genome similarities with humans 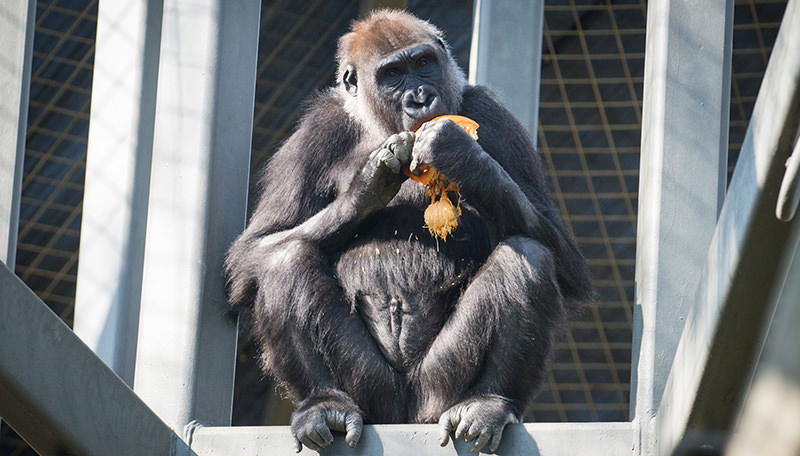 A gorilla named Susie is helping provide fresh insight into the genetic similarities and differences between people and these endangered apes that are among our closest living relatives.

Scientists on Thursday unveiled an upgraded version of the gorilla genome based on DNA from Susie, an 11-year-old Western lowland gorilla at the Columbus Zoo and Aquarium in Ohio, that fills in many gaps present in the first gorilla genetic map published in 2012.

The new genome shows that some areas of genetic differences include: the immune and reproductive systems; sensory perception; the production of keratin, a key protein in the structure of hair, fingernails and skin; and the regulation of insulin, the hormone that governs blood sugar levels.

"The differences between species may aid researchers in identifying regions of the human genome that are associated with higher cognition, complex language, behavior and neurological diseases," said University of Washington genetic researcher Christopher Hill, one of the lead authors of the study published in the journal Science.

"Having complete and accurate reference genomes to compare allows researchers to uncover these differences," Hill added.

The University of Washington lab that spearheaded the study is working to create a comprehensive catalog of genetic differences between humans and the great apes: gorillas, orangutans, chimpanzees and bonobos.

Recent studies have estimated that the gorilla and human evolutionary lineages split about 12 million to 8.5 million years ago, Hill said.

Gorillas, typically found in lowland and mountain tropical rainforests in central Africa, are the world's largest primates, the mammalian group that includes lemurs, monkeys, apes and humans. Adult males reach up to about 440 pounds (200 kg).

Gorillas spend about half their time munching on stems, bamboo shoots and a number of fruits. Their populations are threatened by human activities such as habitat destruction and poaching for bushmeat.

A blood sample from Susie while the gorilla previously lived at Chicago's Lincoln Park Zoo provided the basis for the genome sequencing.