Diabetes up most in Turkey among European countries 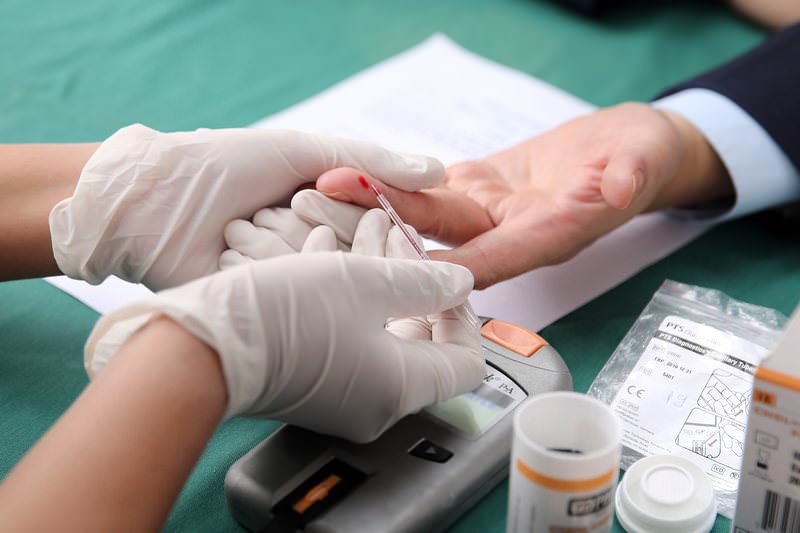 by Daily Sabah with AA Apr 08, 2016 12:00 am
In a new report on diabetes, the U.N. World Health Organization (WHO) called for stepped-up measures to reduce risk factors for diabetes and improve treatment and care that has ballooned in recent years alongside an increase in obesity rates. The WHO said 8.5 percent of the world population had diabetes two years ago, up from 108 million, or 4.7 percent, in 1980.

According to the Turkish Diabetes Foundation, 15 percent of Turkey's adult population has diabetes and the number of patients with diabetes is significantly increasing, BBC Turkish reported. Professor Mehmet Temel Yılmaz of the Turkish Diabetes Foundation told BBC Turkish that the number of patients with diabetes has risen 100 percent in the last 10 years, increasing from 7.6 percent to 13.4 percent. He also said that many people are not aware that they have diabetes. Among European countries, the prevalence of diabetes is expanding in Turkey the most.

On Wednesday, WHO Director-General Margaret Chan said: "We need to rethink our daily lives: to eat healthily, be physically active and avoid excessive weight gain."

The Geneva-based agency blamed growing consumption of food and beverages high in sugar. Diabetes increased around the world, but affects lower- and middle-income people more often than wealthier people. The rates raised most in Africa, the Middle East and Asia with the Eastern Mediterranean region more than doubling its prevalence to 13.7 percent of the population, the only region in the world with a double-digit percentage.

Diabetes is a chronic condition in which the body either does not make enough insulin to break down the sugar in foods or uses insulin inefficiently. It can cause early death or serious complications like blindness, stroke, kidney disease or heart disease.

In the "Global Report on Diabetes" released Wednesday, the WHO says diabetes caused 1.5 million deaths in 2012, and another 2.2 million deaths were caused by higher-than-optimal blood glucose levels, by increasing the risks of cardiovascular and other diseases.
RELATED TOPICS