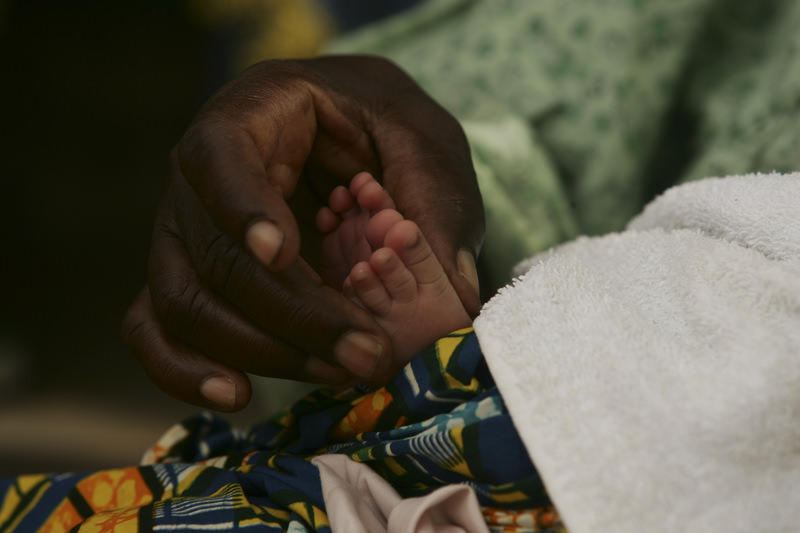 by Daily Sabah Apr 13, 2016 12:00 am
According to a recent World Health Organization (WHO) report, 4.5 million children died in 2015. Seventy-five percent of these children are reported to have been under the age of five including premature births. Complications during pregnancy and life-threatening infections such as malaria were among the leading causes of these deaths. Eighty percent of infant deaths were related to low birthweight, premature birth and infections following birth. UNICEF and the WHO's reports found that 45 percent of infant deaths take place in the 28 days following birth and almost 1 million newborns pass away the day they are born. The highest infant death rates are in Africa and Southern Asia.

Doctors Worldwide is ready to initiate a new program as a part of the Mother and Child, Health and Nutrition project. Aiming to raise awareness with the motto: "Children are born with goodness and grow up healthy," Doctors Worldwide follows up the pregnancy process of mothers living in countries that lack facilities and opportunities for healthy births and help babies to grow up healthy.

Among the top-five countries where infant mortality rates are the highest, four of them are in Africa. As a part of their new project, Doctors Worldwide covers birth expenses. All expenses of infants who are born in seven birth clinics that have been supported by Doctors Worldwide since 2005 in the Democratic Republic of the Congo will be covered by the benefactors of Doctors Worldwide. Birth expenses can be covered with TL 200 ($71). According to the WHO data, 693 women in 100,000 cases die in childbirth and 30.1 newborns in 1,000 births die in Congo. Doctors Worldwide aims to save woman and infants with donations from philanthropists.
RELATED TOPICS