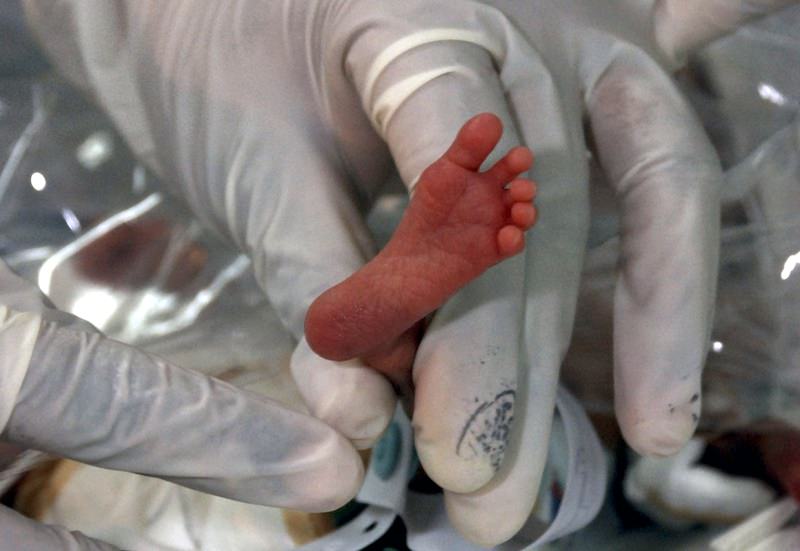 A brain-dead Polish woman was kept alive for 55 days so that she could give birth, a hospital official said Tuesday, adding that the premature baby showed no signs of serious complications.

"It's rare to successfully maintain a pregnancy for so long, that it is at such an early stage, at 17 or 18 weeks," said Barbara Krolak-Olejnik, head of the neonatal unit at the University Hospital in the southern city of Wroclaw.

The 41-year-old mother was rushed to hospital by ambulance late last year and deemed brain dead due to brain cancer.

"Her whole family wanted us to try to save the child," Krolak-Olejnik told AFP, adding that the baby boy was born in January in the 26th week of pregnancy.

"It was a long 55-day battle. We doctors wanted the little man to grow as big as possible but there came a day when there was a real danger to his life, so we opted for delivery" via cesarean section.

The baby weighed just one kilogram (2.2 pounds) at birth, but is now up to three kilograms after three months of intensive care and has just left hospital showing "no complications".

"But we have to be patient and wait and see how he grows," Krolak-Olejnik said, adding that the baby was being bottle-fed and breathing on his own.

The mother's life-support system was turned off hours after the birth.