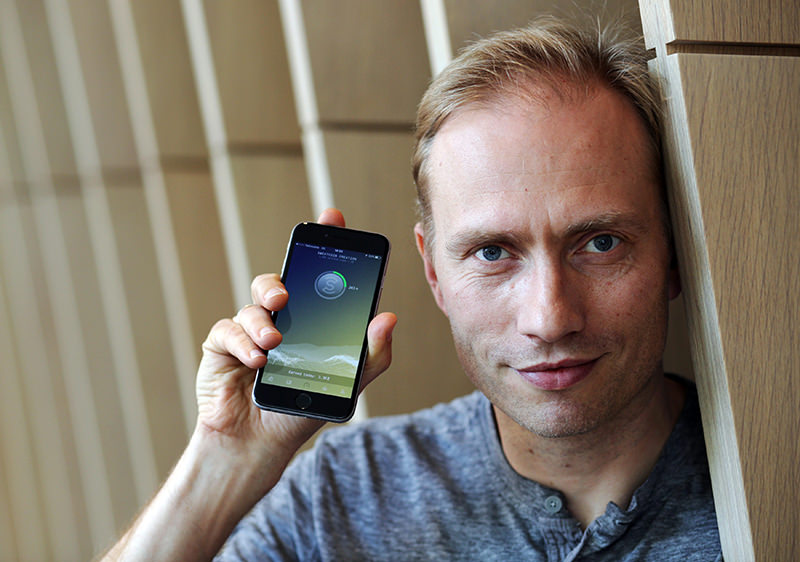 A free smartphone app that will pay people to be physically active launches on Wednesday in Britain, with users given digital "sweatcoins" depending on how many steps they take that can be exchanged for rewards or traded like money.

It's the latest initiative in an emerging fitness economy that includes all manner of monitoring devices, apps that reward activity with vouchers and even experiments in offering cheap insurance to people who can demonstrate they exercise.

Sweatcoin aims to differentiate itself by using complex software to measure movement and location to prevent cheating, and by using the technology behind virtual currency bitcoin to manage transactions.

Retailers, health insurers and corporate wellness managers are taking notice, according to Oleg Fomenko, one of the serial, London-based Russian entrepreneurs who founded Sweatcoin.

"This whole business is pegged to making movement valuable," he told Reuters. "Eventually, sweatcoin is going to have a rate of exchange tied to the British pound."

Sweatcoin, available in Britain in Apple's app store with an Android app to follow in months, offers one coin for every 1,000 steps. Within weeks users can have enough to exchange for fitness products or services in its marketplace.

The company has signed up four London start-ups to offer Sweatcoin as part of an employee rewards program that will offer extra days off, subsidized healthy meals or free massages for sweatcoins they accumulate through activity.

Fomenko said his company had talked to all the major health insurers but must prove it can attract users before it can hope to sign commercial deals to use Sweatcoin metrics as a way of calculating health risks and potentially lowering policy premiums for verified physical activity.

If Sweatcoin succeeds, the long-term idea is that insurers or employers might pay to take sweatcoins off the market as a reward to users for their physical activity.

"Right now, movement is valued at zero," Fomenko said. "How much value a sweatcoin will have will be a market decision but we know it's not zero."

There will be competition. Another British start-up, Bitwalking, is also seeking to launch its own digital currency.

But Sweatcoin is confident in its software, which is carefully calibrated to prevent slouchers from faking activity by cross-checking data on activity and location to verify steps. Most rival apps rely simply on user-reported information.

The company is also developing a proprietary version of blockchain anti-tampering technology to manage the distribution of its currency, akin to how bitcoin transactions work.

It's an elaborate second act for Fomenko, whose last start-up, Bloom.fm, a UK music app launched in 2013, drew 1.3 million downloads before imploding when its sole investor, a unit of Gazprom Media, pulled out after Russia's invasion of Crimea and he failed to find fresh funding.

Depressed by his failure, Fomenko said he started studying blockchain technology. Meanwhile, his friend and fellow Sweatcoin founder, Anton Derlyatka, was getting going on a fitness start-up.

The epiphany came when the two went for a run. "I got my buzz back," Fomenko said. The question they asked themselves was what could motivate them to sustain that feeling.

This time round, Fomenko is taking money from a diverse set of London start-up investors and undisclosed music industry heavyweights. Sweatcoin has raised 610,000 pounds ($890,000).

It has also landed a small grant and promotional support from London Sport, an arm of the Greater London Authority that outgoing Mayor Boris Johnson has pushed to encourage Londoners to become more active.

Its two other co-founders are Egor Khmelev and Danil Perushev. Each previously sold their firms to Dream Industries, a Moscow-based start-up technology holding company.

Perushev has moved to San Francisco with the aim of expanding Sweatcoin into the United States in the coming year.