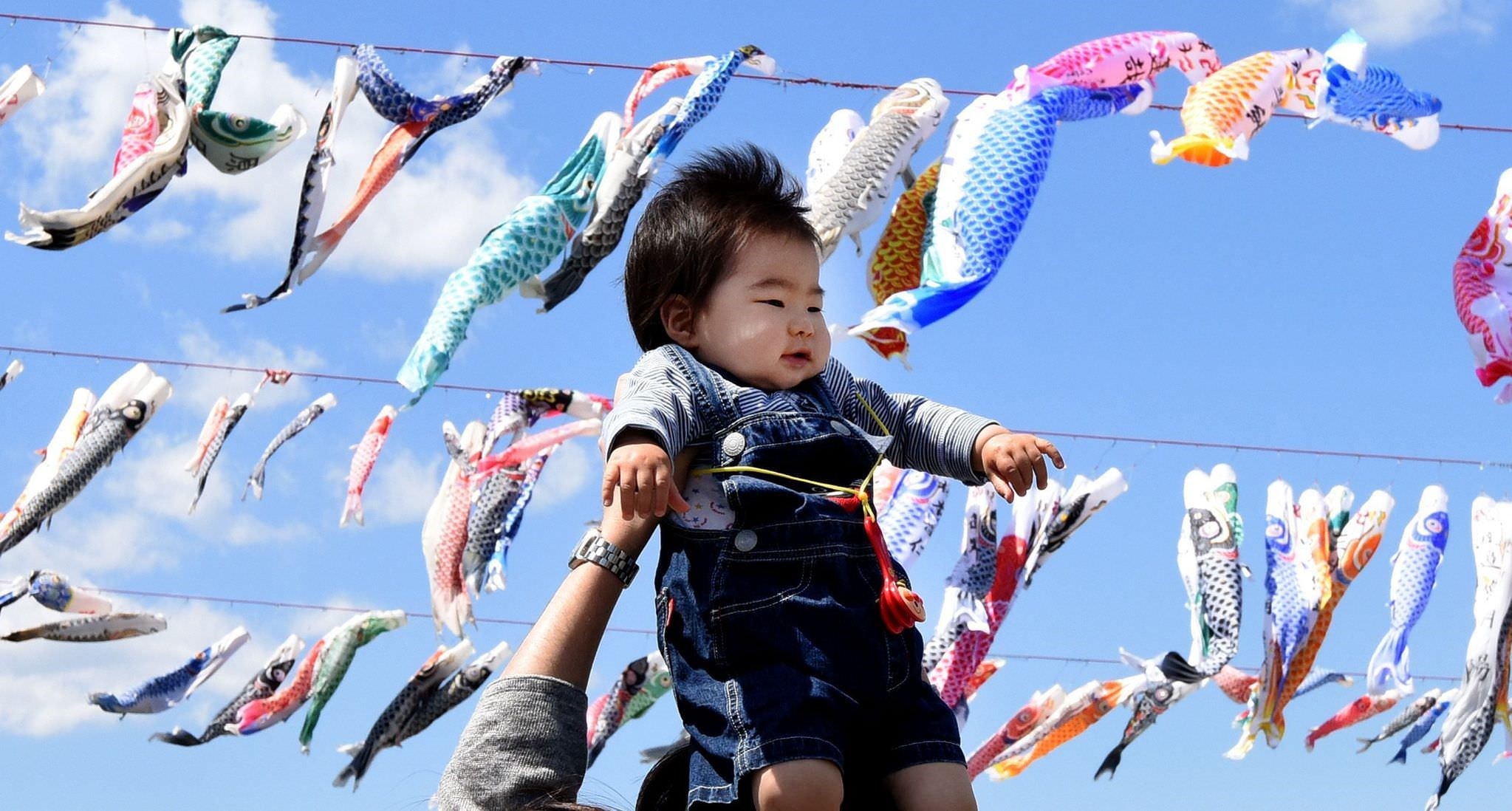 A father holds up his baby under carp streamers fluttering in a riverside park in Sagamihara, suburban Tokyo, on April 29, 2016 ahead of May 5 Children's Day in Japan. (AFP Photo)
by Compiled from Wire Services May 19, 2016 12:00 am

The gains made over the last 15 years are the largest since the 1960s, when the world -- especially Europe and Japan -- saw broad socio-economic improvements linked to the recovery from World War II, WHO said.

On average, a child born in 2015 can expect to live 71.4 years -- with females (73.8 years) having better prospects than males (69.1 years), according to data published in WHO's annual World Health Statistics report.

Director-general of the UN agency, Margaret Chan, said major strides had been made against "preventable and treatable diseases", especially through widened access to antiretroviral therapy for HIV.

The last 15 years have helped reverse the regressions seen through 1990s, when the AIDS epidemic ravaged much of Africa sparking declining health indicators across the continent.

Despite progress in the world's poorer countries, WHO stressed that there remain significant life expectancy gaps between developed and developing nations.

Women in Japan, with an average of 86.8 years, can expect to live the longest. Switzerland has the longest average survival for men, at 81.3 years, while people in Sierra Leone have the world's lowest life expectancy for both sexes: 50.8 years for women and 49.3 years for men.

According to the report, every year 303,000 women die due to complications of pregnancy and childbirth, almost six million children die before their fifth birthday and more than 10 million people die before the age of 70 due to cardiovascular diseases and cancer.

Although a staggering 1.8 billion people have to drink contaminated water, WHO data say 42 million children aged under five years are overweight.