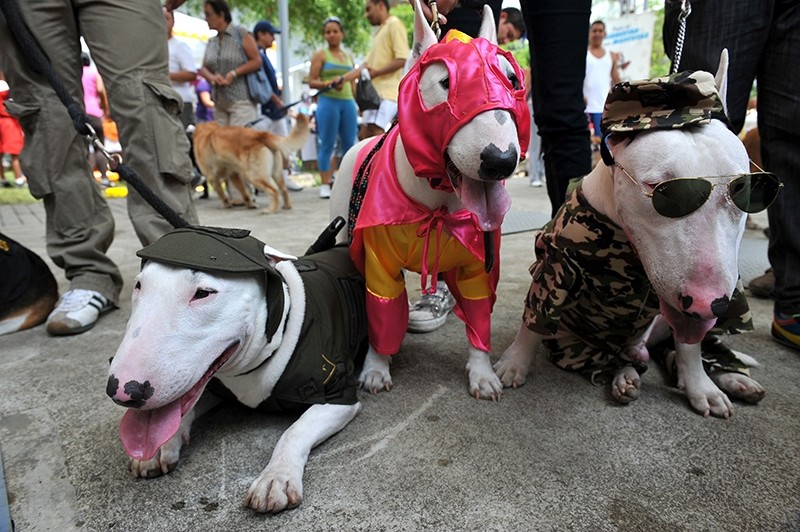 More money is spent on Halloween pet costumes and takeaway coffee than on mental health in developing countries, a new report has found, with the amount accounting for less than one percent of all aid funding.

Although mental health problems affect one in four people globally, the Overseas Development Institute (ODI) report found that only about $133.57 million is spent per year on mental health services across 148 developing countries.

This is less than the amount spent on takeaway coffee in Britain in a week, and less than Americans spent on Halloween pet costumes in 2015.

"This presents a huge cost to healthcare systems, to the global economy and affects some of the world's most vulnerable people," said Jessica Mackenzie, ODI researcher and co-author of the report.

"The shortfall of services means that millions of people are left behind in terms of treatment."

Fewer than one in 50 people with severe mental disorders in low-income countries receive evidence-based treatment for their condition, the report said.

Common mental disorders such as anxiety and depression are increasing worldwide, and the number of people suffering from them rose to 615 million in 2013 from 416 million in 1990, the World Health Organisation (WHO) reported in April.

The WHO estimates the prevalence of common mental disorders, including anxiety and depression, can double during a humanitarian crisis to up to 20 percent of the population from 10 percent in normal times.

"In 2015 the world took a huge step forward: we included mental health in the Sustainable Development Goals, which set the agenda for the next 15 years," said Mackenzie.

"For the first time we have agreement on what needs to be done, who needs to do it. But not who will pay for it."

Governments spend on average 3 percent of their health budget on mental health, ranging from less than 1 percent in low-income countries to 5 percent in high-income countries, according to the WHO's survey Mental Health Atlas 2014.

The World Economic Forum estimated that mental disorders will cost the global economy $16 trillion in next 20 years if not properly addressed.

"Beyond all the statistics, this is about acknowledging as an international community that this matters, and that people are suffering and need help," Mackenzie said.