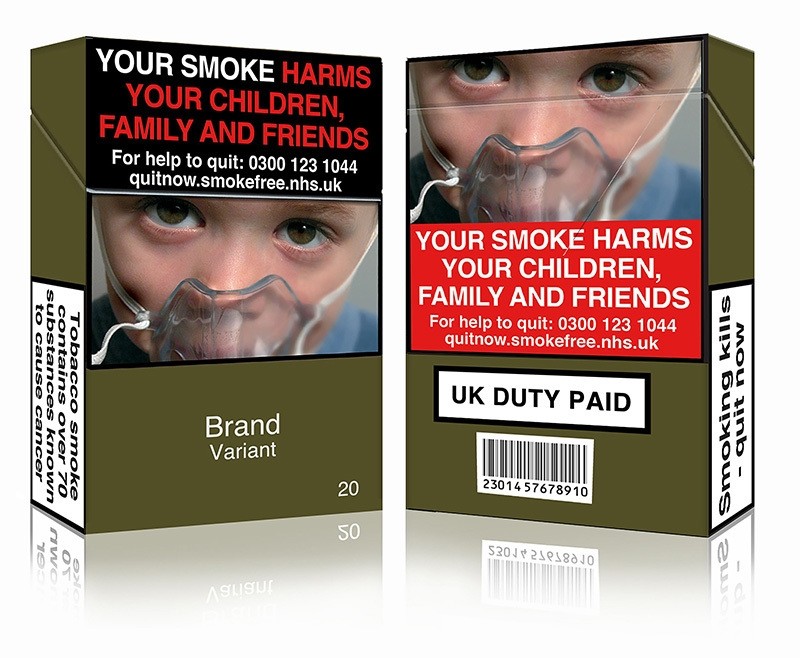 The days of branded cigarette packets in Britain and France are numbered as new plain packaging laws came into effect on Friday, hailed by anti-smoking campaigners despite resistance from tobacco firms.

The logos and distinctive colours on cigarette packets will be replaced with neutral packaging, a move that health campaigners said was a major step in reducing demand for a "deadly and addictive product".

The new packs will be introduced in both countries over the coming months following similar legislation in Australia credited with helping to cut down on smoking rates, especially among young people.

British retailers will have a year to sell existing stock and those in France have until January 1, at which point branded packets of cigarettes and hand-rolled tobacco will become a thing of the past.

"Australia introduced plain packaging in 2012 and has already seen a decline in smoking rates.

"If just a fraction of the 200,000 children in the UK who start smoking a year are discouraged, thousands of lives will be saved."

Cancer Research UK's chief executive Harpal Kumar said: "This is an important milestone in our efforts to reduce the devastating toll that tobacco exerts on so many families every day.

"It's the beginning of the end for packaging that masks a deadly and addictive product," he said.

French Health Minister Marisol Touraine said: "Plain packaging is ugly and intentionally so. The aim is to destroy the attractiveness of many cigarette packs".

The packs in Britain and France will all have to be a drab green colour and, as in the rest of the European Union, 65 percent of the pack will be taken up by health warnings.

JTI has said it intends to appeal.

"The fact remains that our branding has been eradicated and we maintain that this is unlawful," said Daniel Sciamma, JTI's UK managing director.

Simon Clark, director of the British smokers' group Forest, said the packaging rules "treat adults like children and teenagers like idiots", adding that "no-one starts because of the packaging".

There were also sceptical reactions on the streets of London.

With cigarette in hand, passerby Faheem Malik said: "When you're addicted to smoking, you'll ignore it. I already ignore the warning on the packs".

"Kids look at the toy, not at the packaging," he added.

Tudor Bugor, a construction worker, said: "I stopped smoking two years ago because I wanted to stop, not because of the way the cigarette pack looks.

"Nothing will change," he added.

Shopkeeper Pankit Desai said the main deterrent would be the high price of cigarettes in Britain.

The new rules "won't affect our sales. A smoker is a smoker."