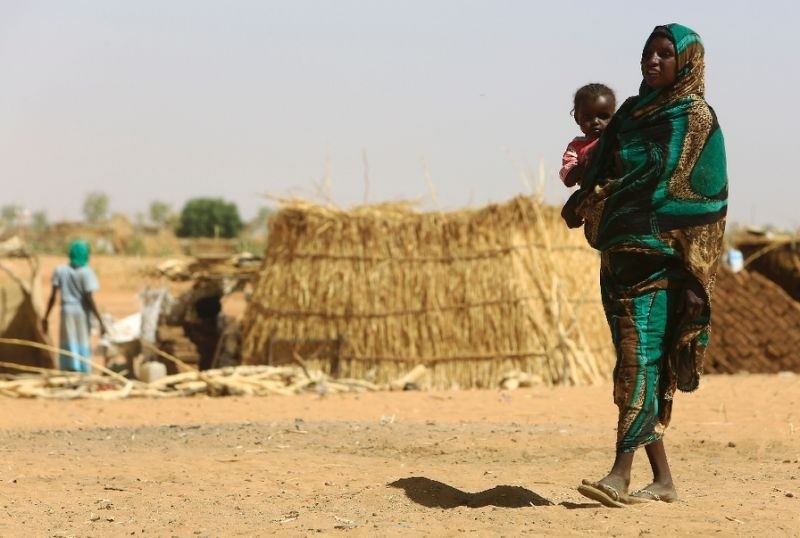 Some two million Sudanese children under five suffer from malnutrition every year.
by Jun 15, 2016 12:00 am
A third of people worldwide are either undernourished or overweight, driving increasing rates of disease and piling pressure on health services, a global report showed on Tuesday.

Rates of obese or overweight people are rising in every region of the world, and in nearly every country, according to the 2016 Global Nutrition Report - an annual independent stock take of the state of the world's nutrition.

Malnutrition comes in many forms - including poor child growth and development and vulnerability to infection among those who do not get enough food, and obesity, heart disease, diabetes and cancer risks in people who are overweight or whose blood contains too much sugar, salt, fat or cholesterol.

According to the report, malnutrition is responsible for nearly half of all deaths of children under five worldwide and, together with poor diets, is the number one driver of disease. At least 57 countries have a double burden of serious levels of under nutrition - including stunting and anemia - as well as rising numbers of adults who are overweight or obese, putting a massive strain on sometimes already fragile health systems.

"One in three people suffer from some form of malnutrition," said Lawrence Haddad, a senior researcher at the U.S.-based International Food Policy Research Institute and a co-author of the report. The report pointed to what it said were "the staggering economic costs of malnutrition", warning that 11 percent of gross domestic product (GDP) is lost every year in Africa and Asia due to the consequences of it.Individual family costs can also be high. In the United States, when one person in a household is obese, that household spends on average an extra 8.0 percent of its annual income on healthcare. In China, having diabetes results in an annual 16.3 percent loss of income for the patient. Despite the problems, there have been pockets of progress, the report found.

The number of stunted children under five is falling in every region except Africa and Oceania, and in Ghana stunting rates have almost halved - to 19 percent from 36 percent - in just over a decade. "Despite the challenges, malnutrition is not inevitable," Haddad said, as long as there was political commitment to tackle the issue. "Where leaders in government, civil society, academia and business are committed... anything is possible," he said in a statement with the report.

An independent expert group produces the Global Nutrition Report and the International Food Policy Research Institute oversees it. It is funded by various government and philanthropic donors, including the U.S. and British governments, the European Commission and the Gates Foundation.