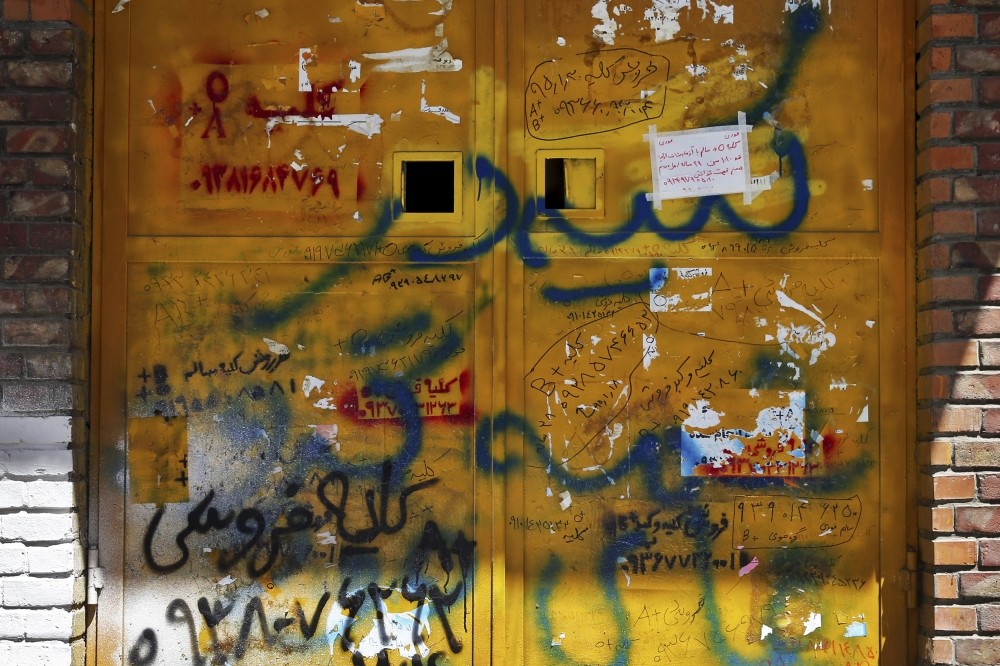 Picture shows handwritten advertisements for kidneys for sale, that include the sellersu2019 phone number and blood type, posted on a door in downtown Tehran.
by Associated Press Aug 26, 2016 12:00 am

Iran has an extraordinary organ donation system where people can legally buy and sell organs. While many people sell their organs due to monetary issues, patients in need of organs can live longer

The whirling hum of a dialysis machine could have been the soundtrack to the rest of Zahra Hajikarimi's life but for an unusual program in Iran that allows people to buy a kidney from a living donor.

Iran's kidney program stands apart from other organ donation systems around the world by openly allowing payments, typically of several thousand dollars. It has helped effectively eliminate the country's kidney transplant waiting list since 1999, the government says, in contrast to Western nations like the United States, where tens of thousands hope for an organ and thousands die waiting each year.

Critics warn the system can prey on the poor in Iran's long-sanctioned economy, with ads promising cash for kidneys. The World Health Organization and other groups oppose "commercializing" organ transplants. Some argue such a paid system in the U.S. or elsewhere could put those who cannot afford to pay at a disadvantage in securing a kidney if they need one.

But as black-market organ sales continue in countries like India, the Philippines and Pakistan and many die each year waiting for kidneys, some doctors and other experts have urged America and other nations to consider adopting aspects of Iran's system to save lives. 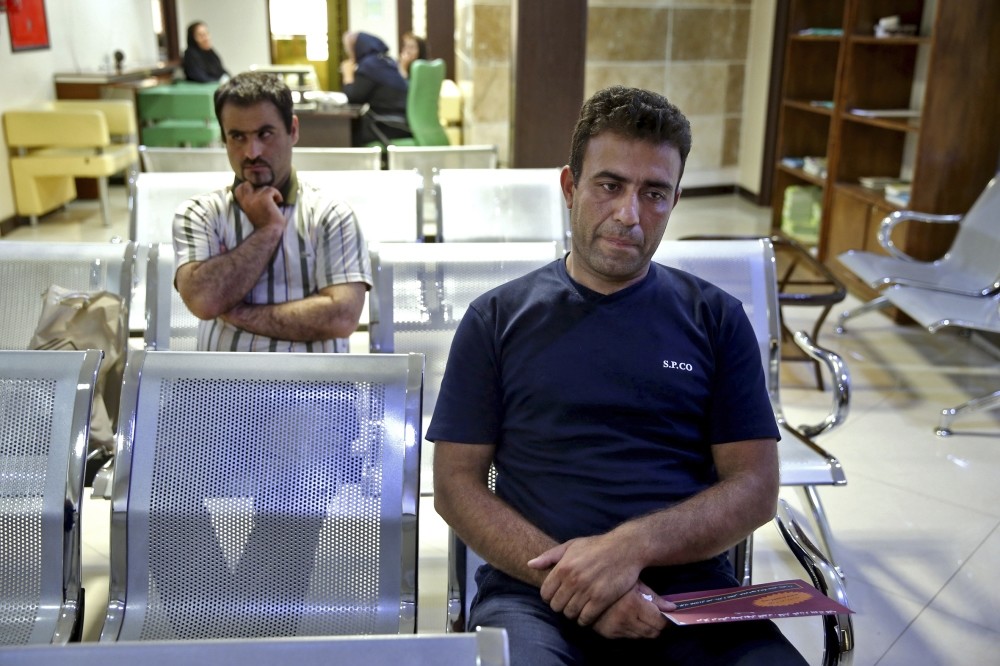 Sajjad Ghanbari, right, waits for a medical exam as part of the process of selling his kidney in a clinic in Tehran.

The AP gained rare access to Iran's program, visiting patients on dialysis waiting for an organ, speaking to a man preparing to sell one of his kidneys and watching surgeons in Tehran perform a transplant. All of those interviewed stressed the altruistic nature of the program- even as graffiti scrawled on walls and trees near hospitals in Iran's capital advertised people offering to sell a kidney for cash.

As far as organ donations go, kidneys are unique. While people are born with two, most can live a full, healthy life with just one filtering waste from their blood. And although a donor and recipient must have a compatible blood type, transplants from unrelated donors are as successful as those from a close relative. In addition, kidneys from a living donor have a significantly better long-term survival rate than those from a deceased donor.

Iran started kidney transplants in 1967 but surgeries slowed after the 1979 Islamic Revolution and the storming of the U.S. Embassy in Tehran, in part due to sanctions. Iran allowed patients to travel abroad through much of the 1980s for transplants- including to America. But high costs, an ever-growing waiting list of patients and Iran's grinding eight-year war with Iraq forced the country to abandon the travel-abroad program. 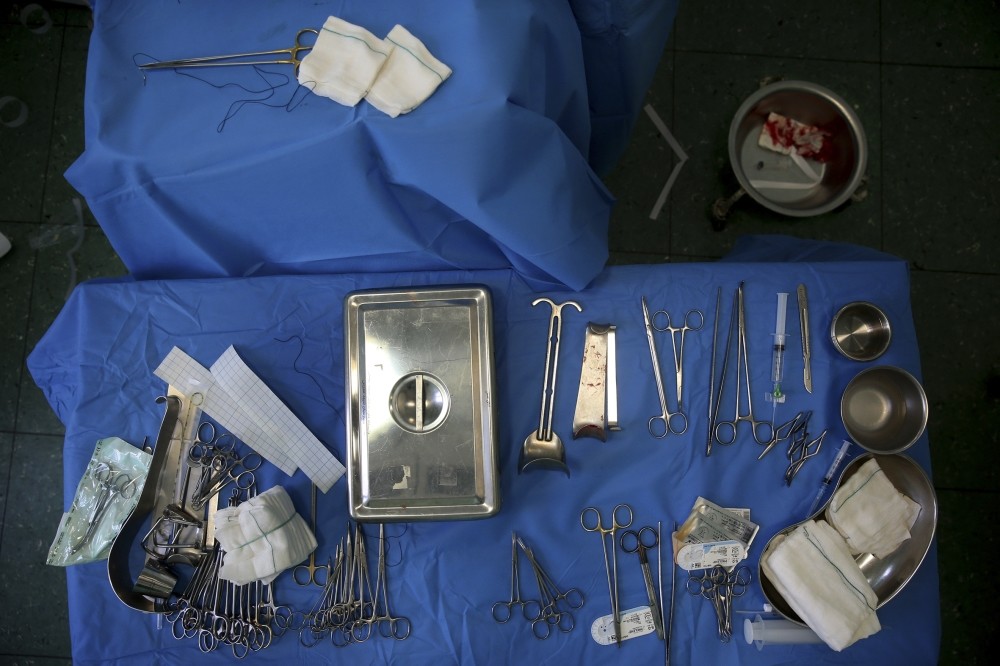 In 1988, Iran created the program it has today. A person needing a kidney is referred to the Dialysis and Transplant Patients Association, which matches those needing a kidney with a potential healthy adult donor. The government pays for the surgeries, while the donor gets health coverage for at least a year and reduced rates on health insurance for years after that from government hospitals.

Those who broker the connection receive no payment. They help negotiate whatever financial compensation the donor receives, usually the equivalent of $4,500. They also help determine when Iranian charities or wealthy individuals cover the costs for those who cannot afford to pay for a kidney.

Today, more than 1,480 people receive a kidney transplant from a living donor in Iran each year, about 55 percent of the total of 2,700 transplants annually, according to government figures. Some 25,000 people undergo dialysis each year, but most don't seek transplants because they suffer other major health problems or are too old.

Some 8 to 10 percent of those who do apply are rejected due to poor health and other concerns. The average survival rate of those receiving a new kidney is between seven to 10 years, though some live longer, according to Iranian reports.

In the United States, about a third of kidney donations come from living donors. The average kidney from a deceased donor lasts 10 years, while one from a living donor averages about 15 years, according to Dr. David Klassen of the United Network for Organ Sharing, or UNOS, which oversees the U.S. transplant system. Recipients of living-donor kidneys in the U.S. fare better in part because they haven't been on dialysis as long before their transplant.

For Hajikarimi, a 52-year-old Iranian mother of two, a transplant can't come soon enough. Her kidneys failed, with doctors finding higher-than-normal protein levels in her urine, and she has been on dialysis for four months.

In that time, physicians determined Hajikarimi can undergo a transplant and the nonprofit group managing her case began looking for a donor, a process that typically takes up to six months. Then the recipient and the donor meet to agree to the financial arrangements before the surgery.

Iran says its system safeguards against black-market organ sales by having the nonprofit groups handle all arrangements and hold money in escrow until after the surgery. The government's Health Department also must approve the surgeries, which take place in licensed and monitored hospitals. Foreigners are now largely banned from taking part, squelching the possibility of medical tourism.

However, it's clear that some donors are motivated by the cash payout. Inflation and unemployment remain high in Iran even after last year's nuclear deal with world powers that saw some sanctions lifted.

One man said he applied to sell one of his kidneys to pay off his debts. Debtors can be imprisoned in Iran.

"I am here because if I don't get the money my entire life will be ruined," said the man, who spoke on condition of anonymity for fear of ruining his professional image. "My life and my public face are in danger. This has driven me to do this."

Poverty around the world drives black market kidney sales, a lucrative business the World Health Organization estimated represented at least 5 percent of all transplants in 2005, though it acknowledges that figure is only a guess. The U.N. health agency's guiding principles on organ transplantation call for banning organ sales, though it allows for "reimbursing reasonable and verifiable expenses," including the loss of income by a living donor.

Iran's system offers a different way to address the lack of kidneys for transplant around the world, said Sigrid Fry-Revere, an expert on the program whose book, "The Kidney Sellers: A Journey of Discovery in Iran," examines it in depth.

"You cannot put a price on an organ," said Fry-Revere, who is president and co-founder of the American Living Organ Donor Network. "This is rewarded goodwill. This is two people getting together to help make each other's lives better."

A series of academic papers and opinion pieces in recent years by doctors and prominent economists like Nobel Prize winner Alvin Roth have explored the idea of allowing paid kidney donations in the U.S. An article in October's edition of the American Journal of Transplantation written by three physicians and an economist proposed a system in which the U.S. government would pay $45,000 to a living kidney donor and $10,000 to the family of a deceased donor.

"Such compensation would be considered an expression of appreciation by society for someone who has given the gift of life to another," the paper said.

Some ethicists and doctors argue that compensating donors in the U.S. would put the poor at a disadvantage of getting a transplant while also pressuring them to offer their organs for sale when they face financial trouble.

"We still think profiteering or someone making a profit from a sale and making this a commercial enterprise is a slippery slope," said Kevin Longino, the CEO of the National Kidney Foundation in the U.S. "It's still an easy way to exploit poor people and underprivileged people."

Longino, who received a kidney transplant himself in 2004, said his organization does support so-called "profit-neutral" transplants, which would allow donors to receive support for medical care, lost wages and other aid so long as they don't make a profit from the operation.

However, Longino acknowledged confusion lingers about what is and what isn't allowed under American law, leading to trouble for even "profit-neutral" aid.

For now, Hajikarimi spends more than two hours riding on three subway lines three times a week to get to the hospital where she is hooked up to a dialysis machine. For her, a living donor is a chance at a new lease on life she otherwise wouldn't have.

"It would be very difficult to imagine a life without the possibility of a kidney donation," she said. "There is no way to recover. ... It would have been a total mess and agonizing."
RELATED TOPICS