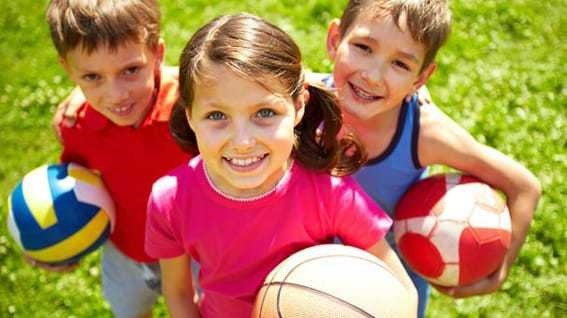 by Daily Sabah with AA Oct 20, 2016 12:00 am
Europe's top governing body in football UEFA and the Switzerland-based World Heart Federation, with the support from the Turkish Heart Association, have launched a new project to raise awareness about the benefits of physical activity for children.

The project titled, "Türkiye'deki Şehirli Çocuklar" (Urban Children of Turkey) emphasizes the importance of childhood sports and their positive impact on a child's cardiovascular health. Students at selected schools will participate in sports activities and entertaining games organized in the scope of the project. The majority of schools that have been selected for the first stage of the project are located in the Şişli district of Istanbul, with more schools expected to be included in the project at a later date upon extension of the program. Professional Turkish athletes and famous names in the art and film industry will also participate in the project.

During a press conference for the project's launch, Turkish Heart Association Chairwoman Semiramis Sekban said the results of the project's first stage will be announced in two months, adding, "The project team is working to encourage children to adopt a healthy lifestyle that can be achieved through regular physical activity."

Çetin Yıldırımakın, the honorary president of the Turkish Heart Association, said urban life has restricted playgrounds for children as in the past they could play more freely outside their homes and on streets.