Apparently heading footballs 'affects memory', but only for 24 hours 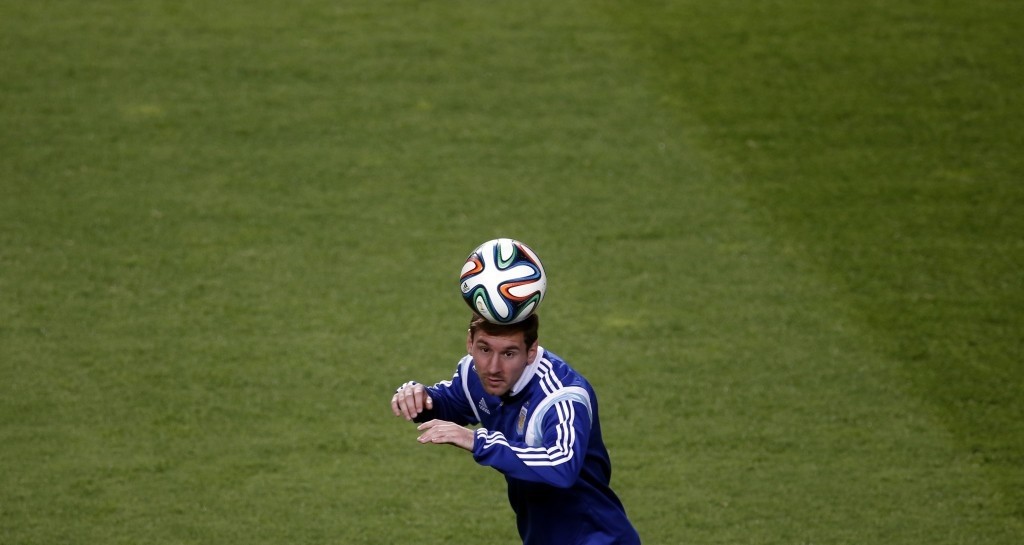 Argentina's Messi heads the ball during a training session in preparation for 2014 World Cup. (REUTERS Photo)
by French Press Agency - AFP
Oct 24, 2016 12:00 am

Heading a football can significantly affect a player's brain function and memory up to a day, a study by researchers at Scotland's Stirling University has said.

Memory performance was reduced by between 41 percent to 67 percent following heading practice, according to the research, with the effects wearing off after 24 hours

The significance of the study, published in EBioMedicine, is that it is believed to be the first detecting immediate changes in the brain after players were exposed to everyday head impacts, as opposed to clinical brain injuries like concussion.

Researchers fired footballs from a machine designed to replicate a corner kick and asked a group of players to head the ball 20 times.

"We found there was in fact increased inhibition in the brain immediately after heading and that performance on memory tests was reduced significantly," Dr Magdalena Ietswaart, a cognitive neuroscientist at Sterling University, told the BBC on Monday.

"Although the changes were temporary, we believe they are significant to brain health, particularly if they happen over and over again as they do in football heading," she added.

Several studies in recent years have raised concerns about the effects of repeatedly heading a football, with much attention focused on retired former players.

In May this year, England's governing Football Association said it would authorise a study into potential links between heading a ball and brain diseases.

Their announcement came following a lengthy campaign by the family of former England striker Jeff Astle for more research into the topic.

However, the leather 'case' footballs used for the bulk of Astle's career were far heavier than the synthetic ones used in the modern game, especially when wet.

Nevertheless, former Scottish Football Association chief executive Gordon Smith said Scotland should think about following the example of the United States, where junior players are banned from heading the ball.

"We should try and discourage it from certain age groups in order to make sure there isn't any later effects on little kids," Smith, himself a former striker, told the BBC.