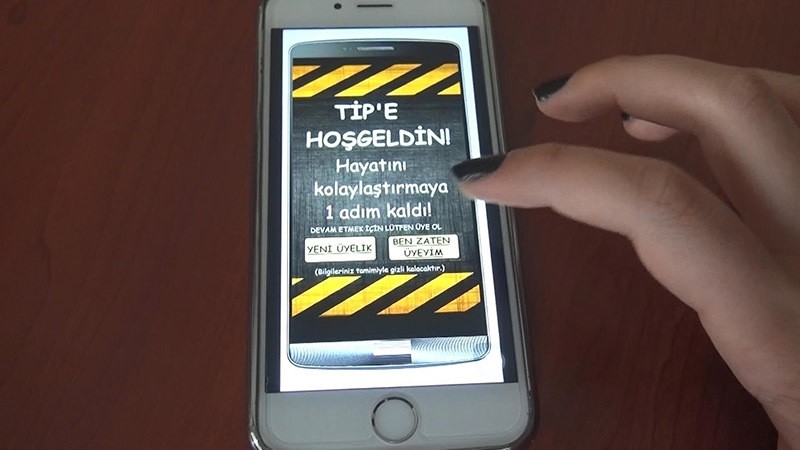 Two pharmaceutics students at Trakya University have developed an award winning mobile application which aims to ease the burden of grocery shopping for patients with diabetes.

The Turkish Diabetes Foundation (TDV) partnered with Sanofi, a company developing treatment methods in the field of diabetes, to organize a competition in which 169 students participated. Sefa Mumay and İrem Tunalı's mobile QR code application was awarded first place in the service category.

Their project aims to raise awareness about the nutritional values of the products that are being purchased by diabetes patients.

Mumay said that the product had been developed in only five months and aims to minimize the effort of choosing the right products for people with diabetes.

The mobile app works in a very practical way. Users read the labels attached to the products by holding their phone camera against them. The square code then gives them information about the levels of glucose, carbonate and insulin in the product.

The history of the users' pre-prandial and postprandial blood glucose may also be given, and examples of physical exercise which are particularly beneficial for diabetes patients are also featured on the app.