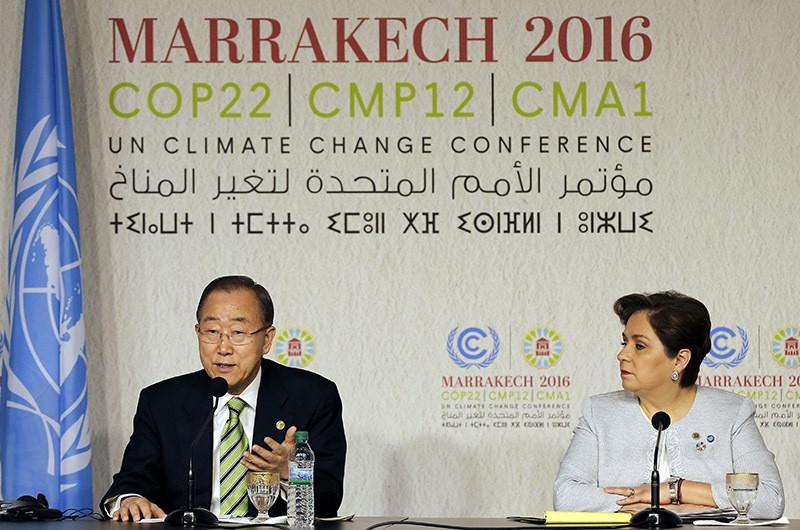 U.N. Secretary-General Ban Ki-moon says he hopes Donald Trump will shift course on global warming and "understand the seriousness and urgency" of addressing the problem.

"As president of the United States I'm sure that he will understand this, he will listen and he will evaluate his campaign remarks," Ban said Tuesday.

Trump has called global warming a "hoax" and pledged during his campaign to "cancel" the landmark Paris climate agreement adopted last year.

Speaking to reporters at his last U.N. climate conference as secretary-general, Ban said he's sure the president-elect "will make a good, wise decision and I'm going to discuss this matter more in person."

The Paris Agreement was signed by more than 190 countries and has been formally approved by more than 100 of them, including the United States and even oil-rich Saudi Arabia.

Scientists say oil and other fossil fuels are the biggest contributors to man-made warming.

Ban called international climate action "unstoppable" and said that no country, "however resourceful or powerful," is immune from the impacts of global warming.

Trump's election has created uncertainty about the U.S. role in the Paris deal, which calls on all countries to reduce or curb their greenhouse gas emissions and encourages rich countries to help poor ones deal with climate change.

King Mohammed VI of Morocco urged delegates at the conference in Marrakech to translate their commitments into actions.

"What's at stake is the very existence of man," the king said. "It is therefore our joint duty to work hand in hand to protect humanity."