200,000 people donate stem cells as part of project in Turkey 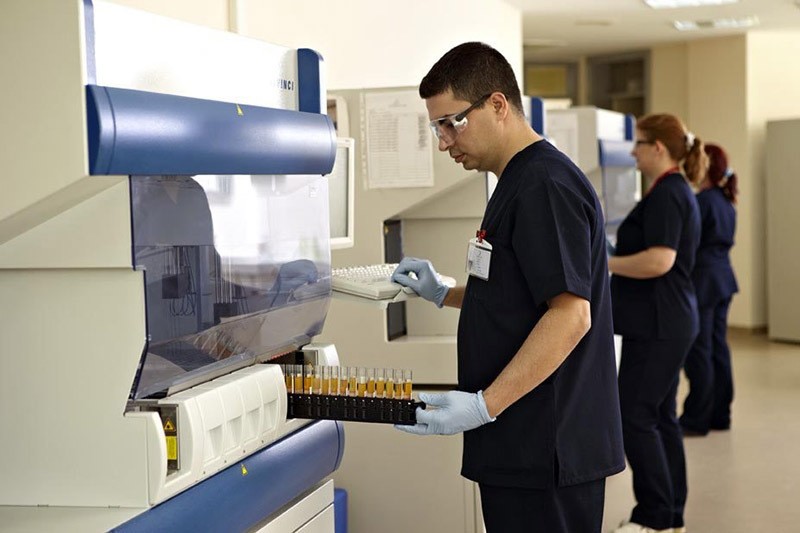 The number of people donating stem cells as part of joint Turkish Ministry of Health and Turkish Red Crescent project has exceeded expectations. Around 200,000 donors have been reached in three years as part of the stem cell and bone marrow donation project, surprising organizers.

The Turkey Stem Cell Coordination Center (TÜRKÖK) project was launched about three years ago in order to offer hope for patients suffering from various diseases, particularly leukemia, lymphoma and myeloma.

Turkish Red Crescent's chairman Kerem Kınık stated that their set goal of donor numbers had been achieved and even outnumbered, adding that that the high number of donors in such a short time was a surprise.

"Many matches were found and many transplants performed. Next year our goal will be to reach a much higher number. We can say that people's sensibility to this issue is increasing. The publicity work of the stem cell transplantation and donation centers have of course played a positive role in this", Kınık said.

With increasing donor numbers, more patients awaiting stem cell or bone marrow transplants will be able to get treatment and the chances of finding a full-compatible donor for patients in Turkey are increasing day by day.

Turkey Stem Cell Coordination Center (TÜRKÖK) has been working on increasing stem cell donations in cooperation with the Turkish Red Crescent and Turkey's Health Ministry since 2013. The stem cell donations are accepted in 12 different points in Turkey.