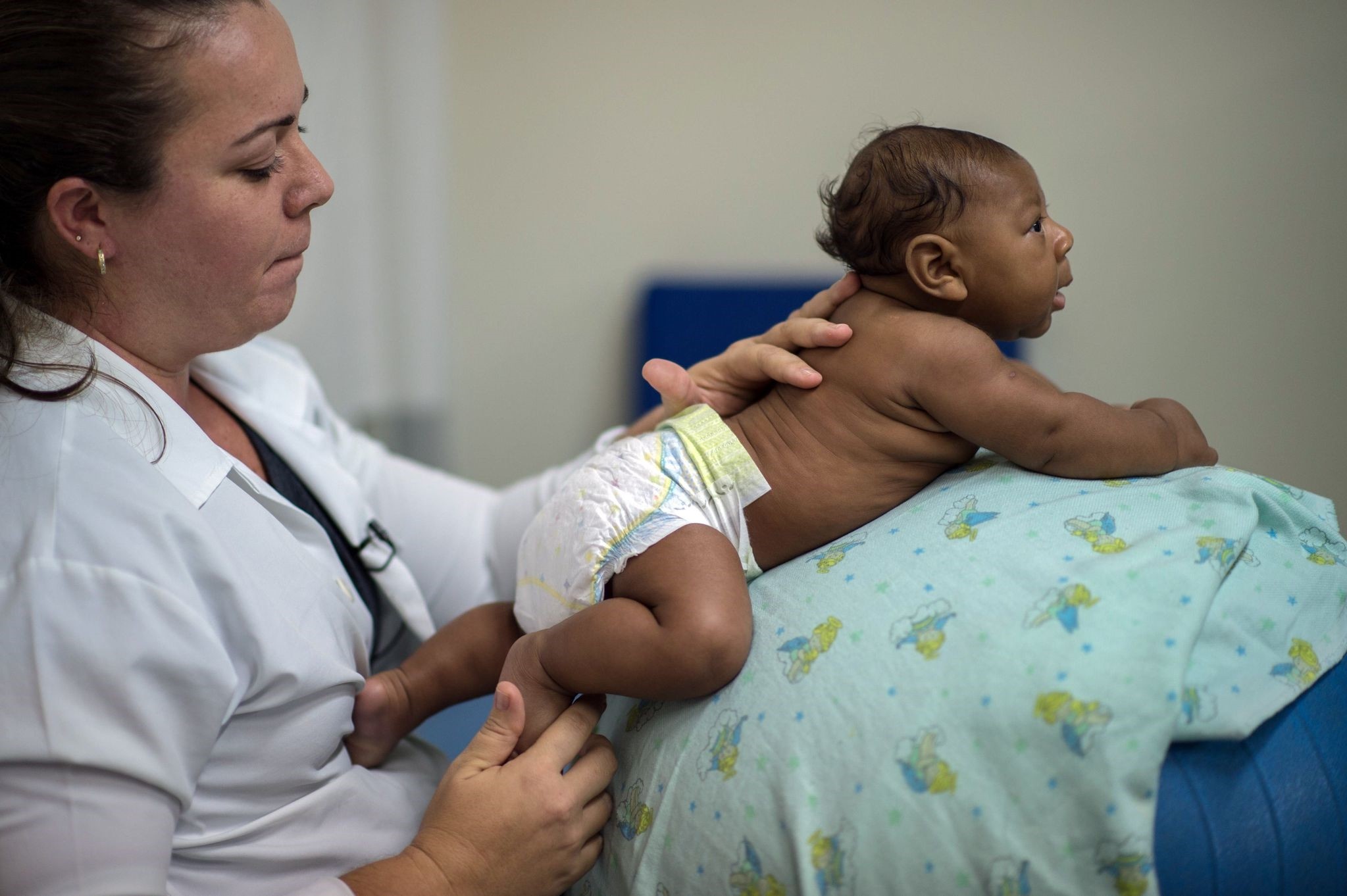 A physical therapist treats baby suffering from microcephalia caught through an Aedes Aegypti mosquito bite, at an hospital in Salvador, Brazil on January 28 , 2016. (AFP Photo)
by French Press Agency - AFP
Nov 18, 2016 12:00 am

The World Health Organization on Friday announced in an online press conference that the Zika virus outbreak no longer poses a world public health emergency.

"The Zika virus remains a highly significant and long-term problem, but it is not anymore a public heath emergency of international concern," the world health body's emergency committee chair Dr David Heymann said.

While Zika causes only mild symptoms in most people, pregnant women with the virus risk giving birth to babies with microcephaly -- a deformation that leads to abnormally small brains and heads.

It can also cause rare adult-onset neurological problems such as Guillain-Barre Syndrome (GBS), which can result in paralysis and even death.

In the outbreak that began in mid-2015, more than 1.5 million people have been infected with Zika, mainly in Brazil, and more than 1,600 babies have been born with microcephaly since last year, according to the WHO.

Brazil, which has been the epicenter of the epidemic, earlier on Friday said it would continue to treat the outbreak as an emergency.

"We will maintain the emergency (status) in Brazil until we are completely tranquil about the situation," Health Minister Ricardo Barros told journalists.

In most cases worldwide, people have been infected with the virus by mosquitoes, though some have contracted the disease through sexual contact.

The WHO was careful on Friday not to dismiss the risk still posed by the virus, which has been detected in 73 countries worldwide, mainly in Latin America and the Caribbean.

"We are not downgrading the importance" of the Zika virus, said Dr Peter Salama, director of the agency's health emergencies programme.

The agency believes the "Zika virus and associated consequences remain a significant enduring public health challenge requiring intense action but no longer represent" a global health emergency, it said in a statement.

"Many aspects of this disease and associated consequences still remain to be understood, but this can best be done through sustained research," it added.

The Zika outbreak sparked fears of infection amongst travelers and athletes taking part in this summer's Olympic Games in Brazil.

The WHO later knocked down those concerns, saying that no cases had been detected among spectators or athletes.

Researchers earlier this year warned that at least 2.6 billion people, over a third of the global population, live in parts of Africa, Asia and the Pacific where Zika could gain a new foothold, with 1.2 billion at risk in India alone.

Two anti-Zika vaccines are currently being tested, according to the WHO. At the moment, there is no cure for the virus.