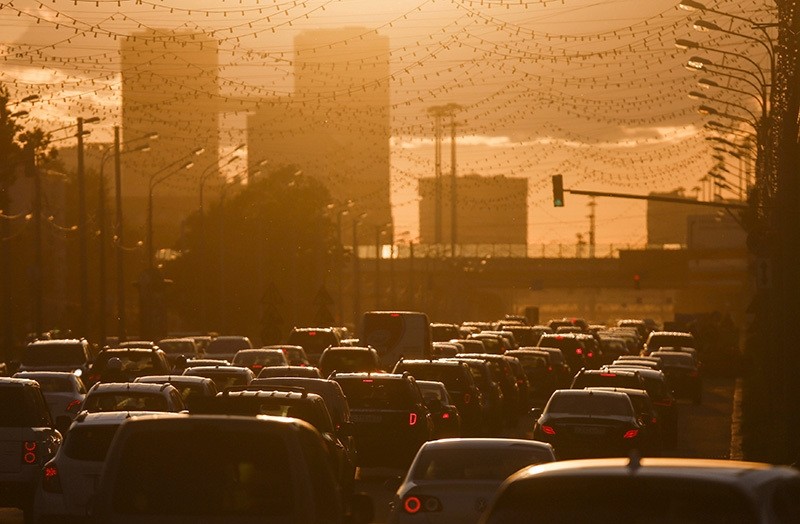 People living near major roads have a higher chance of developing dementia, according to a large-scale study published in British medical journal The Lancet on Thursday.

The research looked at six million adults living in Ontario, Canada between 2001 and 2012, and found that those living less than 50 meters (yards) from a busy road had a seven percent higher incidence of dementia.

The risk was four percent above normal for those living 50-100 meters from main roads and two percent higher among those 100-200 meters away.

There was no discernable elevated risk among people living more than 200 meters from a major route.

The study, led by Hong Chen from Public Health Ontario, found that long-term exposure to two common pollutants - nitrogen dioxide (NO2) and fine particulates -- were associated with dementia but did not account for the full effect.

This suggested that other factors - such as noise or other pollutants - may play a contributing role.

The research did not establish any link between proximity to heavy traffic and other neurological conditions such as Parkinson's Disease or multiple sclerosis.

According to the World Health Organization, 47.5 million people worldwide have dementia -- a syndrome marked by deterioration in memory, thinking, behavior and the ability to perform everyday activities.

Some 7.7 million new cases of dementia are reported every year, with Alzheimer's disease being the most common cause and contributing to 60-70% of cases.

Other causes of dementia include stroke and hypertension.

Pollution has long been suspected as playing a role in the development of Alzheimer's disease but no clear link had been established until now.

"Our study suggests that busy roads could be a source of environmental stressors that could give rise to the onset of dementia," Hong said.

"Increasing population growth and urbanization has placed many people close to heavy traffic, and with widespread exposure to traffic and growing rates of dementia, even a modest effect from near-road exposure could pose a large public health burden."