Patchy disc of mold used by Alexander Fleming sells for $14,597 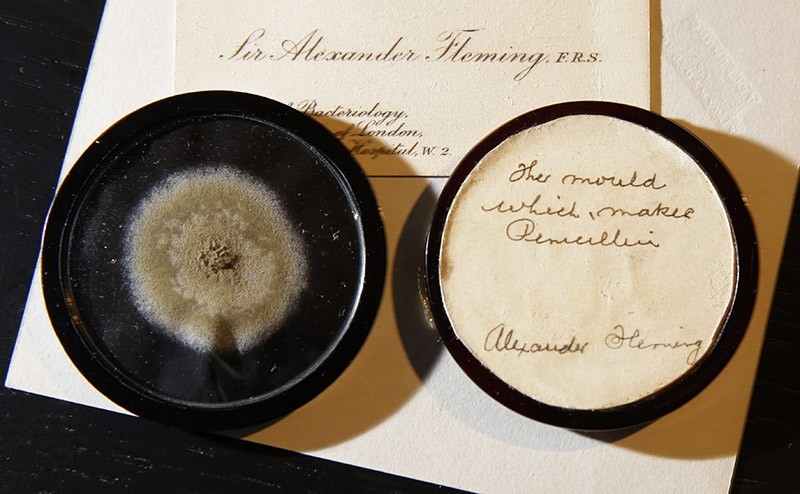 In this photo taken on Thursday, Feb. 16, 2017, a capsule of original penicillin mold from which Alexander Fleming made the drug known as penicillin on view at Bonham's auction house in London. (AP Photo)
by Associated Press Mar 01, 2017 12:00 am

The international auction house Bonham's says it has sold a small, patchy disc of mold for $14,597.

The off-white, nearly 90-year-old swatch of microbes has a rather extraordinary history: it was first created by Alexander Fleming to make penicillin, a revolutionary discovery that brought the world its first antibiotic. Bonham's sold the mold Wednesday during an auction in London.

The germs are preserved in a glass case and feature an inscription by Fleming on the back, identifying it as "the mould that first made penicillin."

That, however, may be stretching the truth; Fleming likely made dozens of the mold mementos.

Matthew Haley, director of books and manuscripts at Bonham's, said Fleming often sent the samples out to dignitaries including the Pope and Marlene Dietrich as "a kind of holy relic."