Not just fun and games: Virtual reality may be the key to curing the mental health epidemic 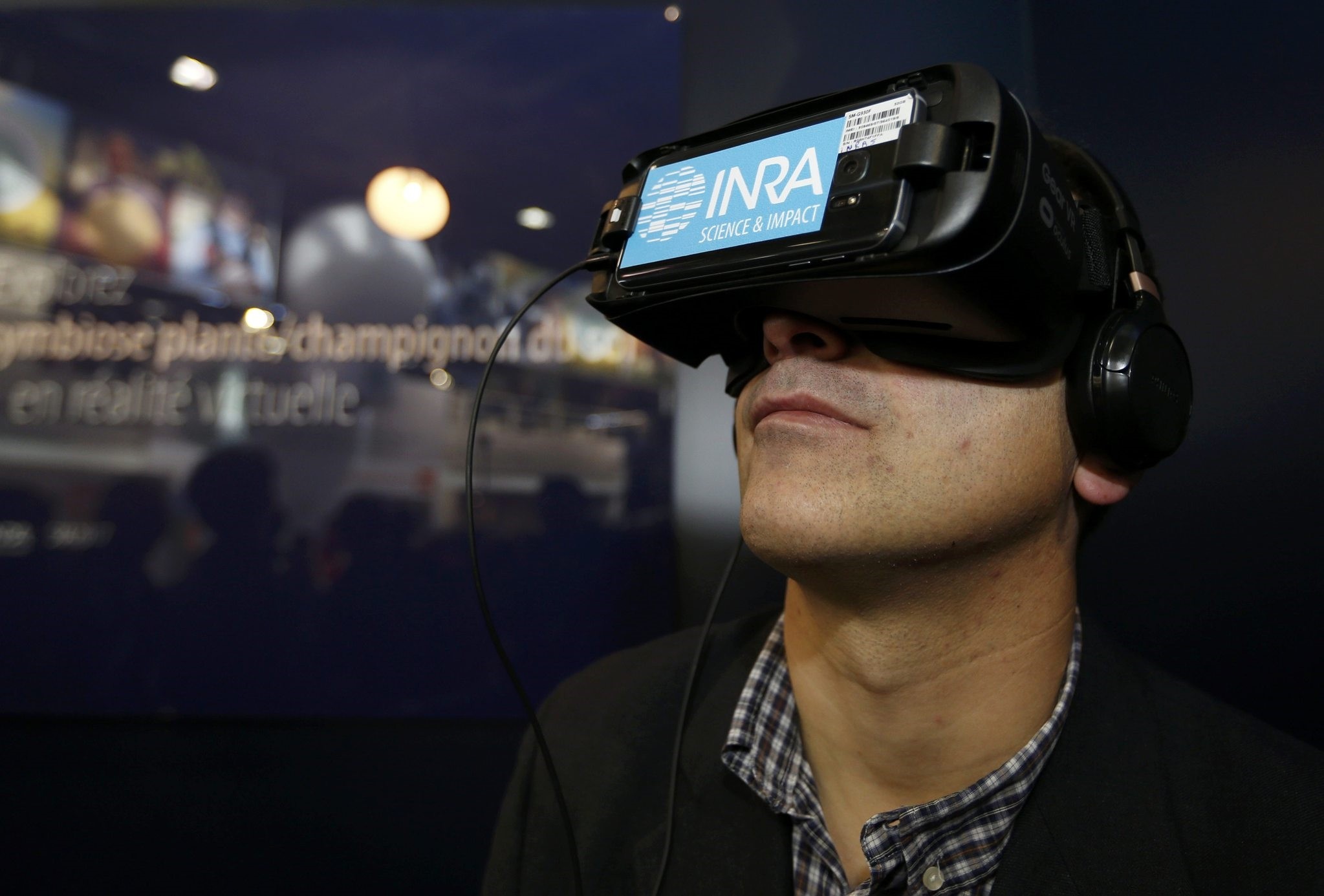 A visitor uses a virtual reality device with the INRA (National Institute for Agricultural Research) logo at the International Agricultural Show in Paris. (REUTERS Photo)
by Mar 02, 2017 12:00 am

Virtual reality headsets are often associated with video games and fun, but companies are also working to use them for mental health therapies, to treat phobias, anxiety or addictions.

Some phobias, for instance, can be effectively treated by gradually exposing a patient to his or her worst fear, be it spiders, plane travel or small, enclosed spaces.

TeleSoftas, a Lithuanian firm that develops mobile apps, believes this exposure therapy can easily be achieved from the safety of a health professional's consulting room using the headsets.

"With virtual reality you can create audiovisual therapies in a safe environment for phobics," its CEO Algirdas Stonys told AFP at the Mobile World Congress in Barcelona, the phone industry's largest annual trade fair.

So for instance, someone who is scared of speaking in public would find himself in front of a room full of people, virtually.

TeleSoftas has just received EU funding to finance the development of mental health apps for virtual reality headsets, in collaboration with academics.

Psious, a Spanish start-up, is also in a similar field.

Exposure therapies are designed to encourage the individual to enter feared situations, either in the real world or through imagined exercises.

"But we thought that in this digital age, there had to be something more," said CEO Xavier Palomer Ripoll.

Created three years ago because one of its founders was scared of flying, the firm develops apps for psychotherapists who can download them and use them on virtual reality headsets.

The doctor then choses an adequate environment.

For instance, once kitted out with the headset, a person with vertigo will find him- or herself in a lift going up or down a skyscraper.

Using a computer, the psychotherapist can propel the lift higher and higher, or make the floor transparent to increase the difficulty of the exercise.

They can also gauge how well the patient is doing by seeing for example if they are able to look down.

Psious raised close to a million euros ($1.1 million) in 2015, and provides the technology to some 600 doctors, mostly in Spain.

In parallel, it is currently going through nine clinical trials with universities to get long-term efficacy data.

Several American start-ups are working on these kinds of applications as well.