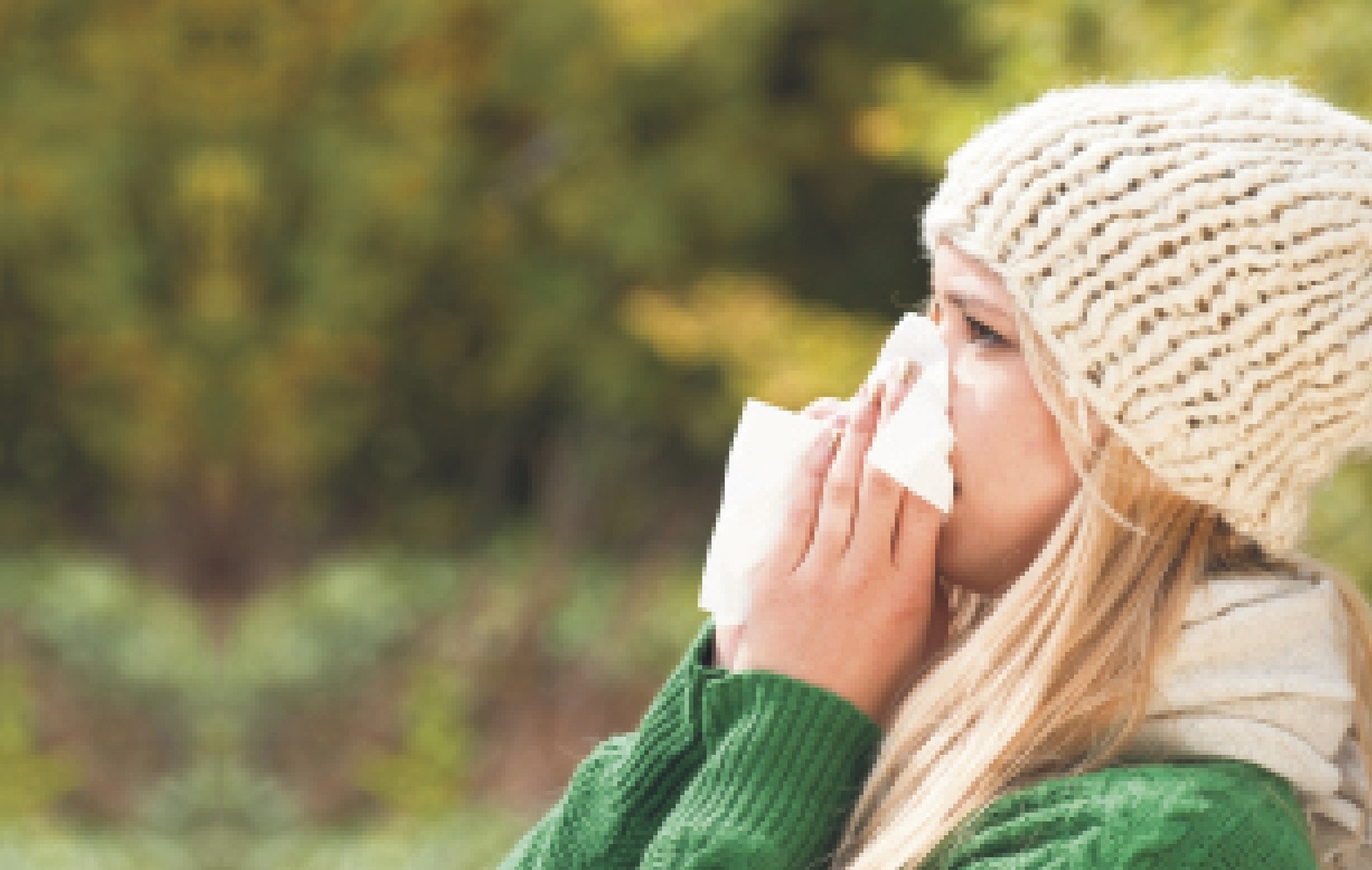 Everyone catches a cold once or twice in the winter and mid-seasons. Although we take precautions to prevent catching a cold, the false facts that we believe to be true misdirect us. To be able to protect ourselves from the disease, it is important to know facts about the disease in the first place

Even though it is getting warmer, changes in temperature have the potential to lead to different diseases. Some of us have already started to feel tired, get the sniffles or become sneezy. Amid the hustle and bustle of our everyday lives, we do not have time to rest and look after ourselves to fight our sicknesses. One should not forget that the most important point in the fight against a cold is to take precautionary measures.

Well, what do you know about illnesses, such as the cold, which affects the quality of our lives immensely? How accurate is the advice that our elders or neighbors give us? One of the most important things to keep in mind is that the source of sickness (for influenza) is not cold weather, but it is microorganisms and viruses. Here are several points about colds that are actually false.

Does going out with wet hair make us sick?

Cold or flu develops after a virus called "rhinovirus" enters the human body. Regardless of the temperature, weather or environmental conditions, once this virus enters into your body through your nose, mouth or other organs, then you will get sick. Otherwise, this virus will not affect you even though it exists in the same place where you are.

In this case, if we go out with wet hair, are we more likely to catch this virus? Well, wet hair only leads you to feel the cold more intensely. That is why this ongoing belief is still popular among people.

A group of American scientists studied the influence of going out with wet hair in cold weather on catching cold or flu. They first asked a group of participants if they believe this factor increases the risk of getting a cold. Some 41 percent of them responded "yes" to this question.

Then they prepared two different settings where the flu virus existed. In one of these settings, there were cold temperature conditions while the other had normal weather conditions. Some of the participants had wet hair and some had dry hair when they entered their own settings.

There are more studies that point out the same results. Thus, it has been scientifically proven that wet hair in cold weather does not increase the chances of getting a cold. Well, you'd better tell your mother about this fact because it is very likely she will resist changing this strong belief about catching a cold.

Do wool caps protect us from getting cold?

I am sure there are thousands of people who spent their childhood wearing woolen caps like I did, thus you became like a pea in a pod with your cap on until the weather gets better. The common belief that woolen caps protect us from getting cold stems from the belief that the fastest and biggest heat loss in the human body occurs from the head when the body starts to lose heat in cold weather, a belief that dates back 50 years.

The U.S. Army Forces conducted various experiments to increase their chances of survival in the perishing cold, to which the soldiers were likely to be exposed. A pretty cold environment was prepared for the experiment guided by scientists. Some volunteer soldiers started to wait in a cold room without wool caps and scientists measured the head temperatures of soldiers at certain intervals. Results show that soldiers lost up to 50 percent of their body heat from the head.

One of the most important reasons why this belief is still popular is the trust in the results of the scientific research. But, does the fact that we lose heat from our head quickly and in large amounts mean that it is the only part of our body that loses heat? Of course, not. If that was the case, only wearing a woolen cap would be enough to protect us from risk of freezing.

Grounding his research in this argument, Dr. Daniel Sessler, president of Cleveland Clinic Research Center, conducted similar a similar study – in cooperation with the U.S. army again – including participants who wore swimsuits in the same conditions. This study showed that almost every part of the human body experiences heat loss at the same level when the body is not protected in cold weather.

Thus, even if we can't say that wearing a wool cap does not make any difference in cold weather, we can easily say that protecting only the head does not protect us from getting cold.

To sum up, always remember it is microorganisms and viruses that make us sick, not the cold weather itself. We must be especially careful about keeping our hands clean as we are frequently in crowded places and in contact with people who have a cold or the flu. Hands are in constant contact with the mouth and nose, which serve as an entrance point for microorganisms. We must make a habit out of washing our hands especially while it is still cold.
RELATED TOPICS