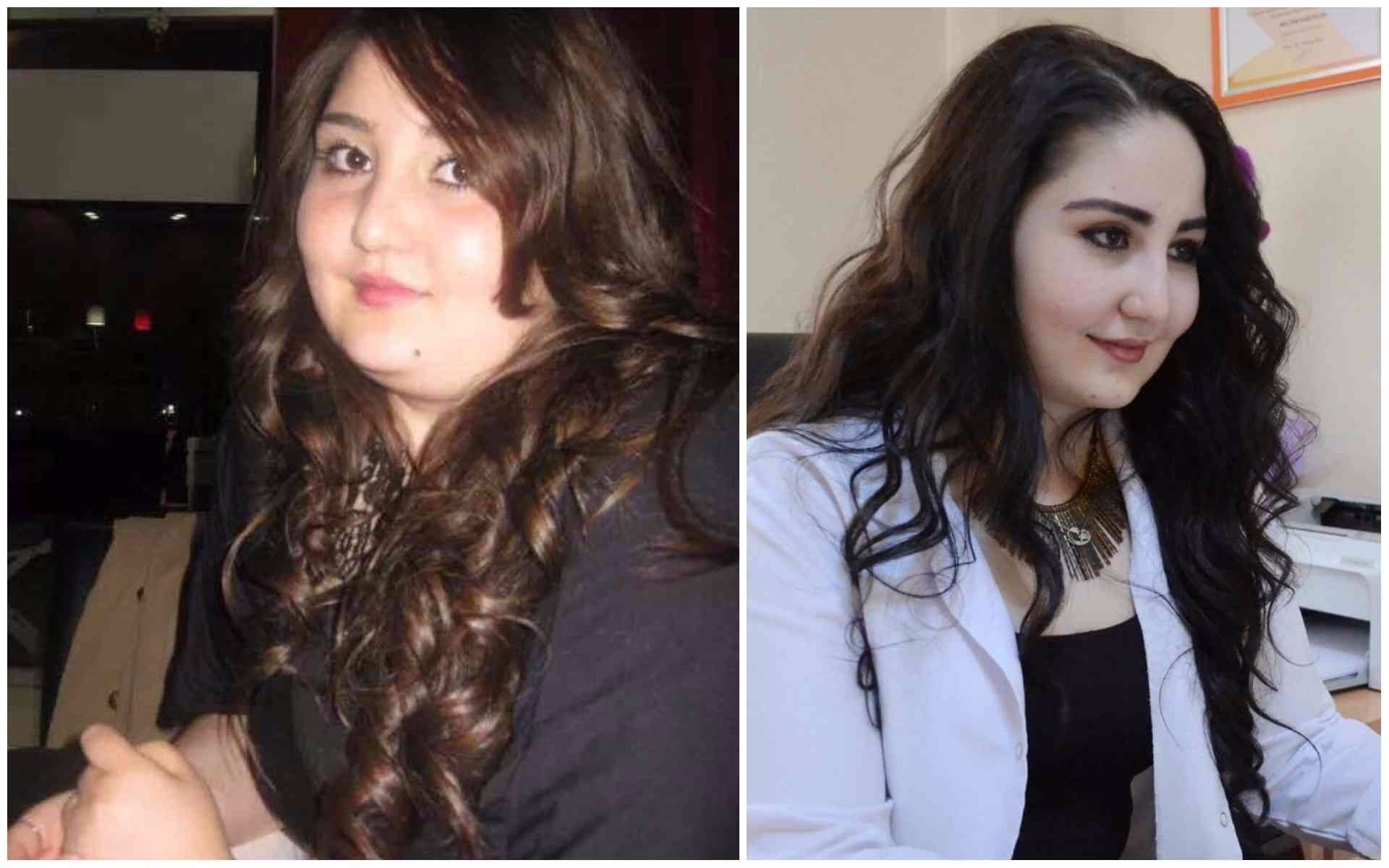 A young Turkish nutritionist has lost 50 kilos (110 pounds) in one and a half years after being rejected from all hospitals she applied to for a job for 'not being convincing enough' that she was a professional nutritionist.

25-year-old dietitian Meltem Baburcan said that she has been dealing with obesity related problems since childhood and was weighing over 110 kilos (242 pounds) when she graduated from Arel University's nutrition and dietetics department.

Baburcan said the motivation she needed to reach her healthy weight was the rejections she received from hospitals when she applied for her compulsory practical training. She said most of the private hospitals gave her the same answer: You are too fat to be a nutritionist.

In 18 months, Baburcan lost 50 kilos and is now using her journey as motivation for her patients with her 'before' photos x hung on her office wall.

"While treating my patients, I realized that I can understand their situation and frustrations much better since I have experienced obesity in [nearly] each step of my life," she said.

Over 30 percent of all adults aged 19 years or older in Turkey are considered to be extremely overweight, a 2013 study conducted by the Turkish Health Ministry has shown.

Thirty-five percent of Turkish adults fell into the overweight category while 33 percent of them were said to be 'normal' and two percent were 'slim' according to their BMI's.