Protect yourself from hay fever naturally with fruits and vegetables 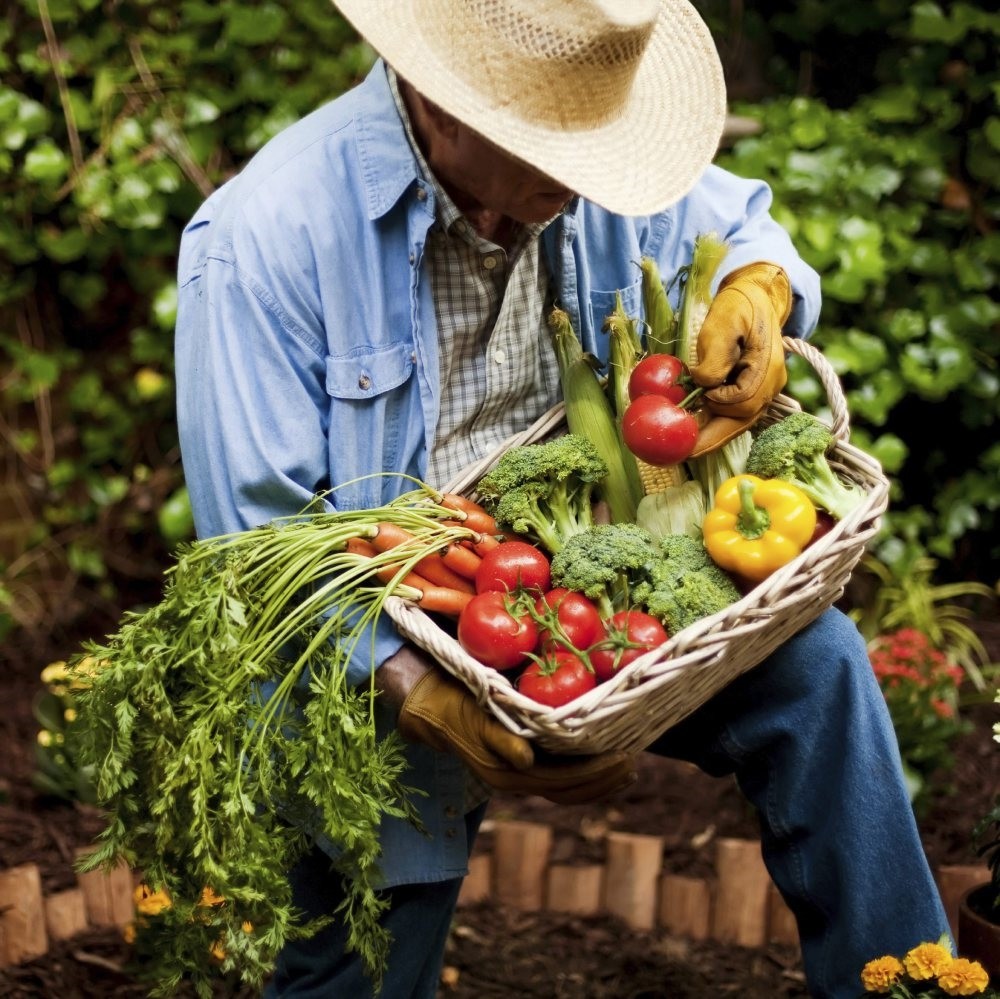 For some people, spring is not the rebirth of nature but the beginning of the allergy season with hay fever being one of the most common results of allergies. However, it is easy to protect your body with some fruits and vegetables

Seasonal changes can have adverse effects on people with allergies with the spring months especially triggering allergies. In spring, the level of carbon dioxide spikes and causes an increase in temperature, resulting in the emergence of pollen. Hay fever may attack due to the mixture of pollens in the air that we breathe. Symptoms of hay fever include cold-like symptoms, sneezing and exhaustion and can be alleviated by making a few dietary changes in allergy season. 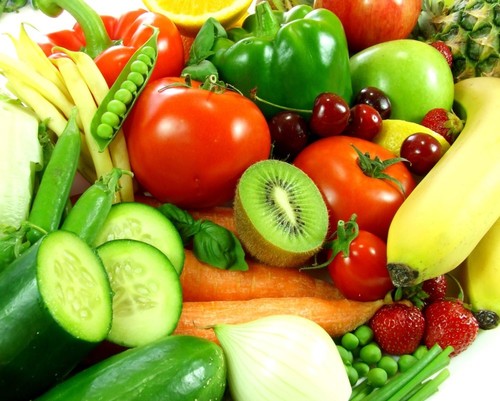 One of the most valuable foods for eliminating allergy symptoms, broccoli is rich in vitamin C and cleanses the sinuses. Researchers say that taking 500 milligrams of vitamin C per day can ease allergy symptoms, adding that a cup of raw broccoli contains approximately 80 milligrams of vitamin C. Broccoli also prevents the formation of cancer cells, boosts the immune system and has healing components for chronic inflammation.

According to research published in the Food and Function magazine, broccoli sprouts offer protection against allergy and asthma attacks. Broccoli sprouts have soothing powers for allergic reactions. Research conducted at John Hopkins University in 1997 concluded that sprouts that are three-to-four days old have 50 times more sulforaphane than the ripe vegetable. Thus, eating one small handful of broccoli sprouts (50 grams) is equal to consuming 2.5 kilograms of broccoli.

The leaves and roots of butterbur bushes contain compounds known as petasin which can lessen the symptoms of allergies. Scientists advocate that this plant is useful but scientists do not recommend the butterbur plant to people over 65 years of age or those who are allergic to blueberries. The plant which is especially known for preventing migraines and headaches is also like a miracle worker for hay fever.

These two dark purple fruits have a common component: The polyphenolic compound known as resveratrol. Resveratrol is found in foods that are consumed daily such as peanuts and pineapple. The compound is found abundantly in the skin of grapes and is rich in antioxidants and contains vitamins E and C. It is effective in the treatment of allergic rhinitis and has repairing and revitalizing effects on your skin. Blueberry is also rich in resveratrol. Consumption of blueberries will prevent symptoms of allergy in the spring months and helps regulate blood sugar and cholesterol levels.

Collard greens can be consumed either raw or cooked and are rich in minerals such as vitamin C, calcium, iron, magnesium and fiber. Collard greens are strong protectors against hay fever, prevent anemia, strengthen the immune system and renew cells. It is recommended as a supplementary food for preventing cancer, eczema, kidney stones and eye disease treatment.

Elderberry is a natural antibiotic that is effective in treating the flu. This fruit also eases the symptoms of allergies, decreases inflammation, cleans the blood and protects the body from microbes. Elderberry is also consumed in a tea that is used as a natural diuretic.

Kale is another super green, similar to collard greens. It has features that are highly effective in protecting the body from allergy symptoms. It is a member of the cruciferous family just like broccoli and can be used in cooking after being boiled, while the water from kale can also be consumed for health benefits, despite tasting a bit bitter. Kale is a remedy for a multitude of symptoms and provides restoration benefits to DNA cells. Kale seeds also have some fat-burning qualities.

The quercetin compound present in onion and garlic is another secret weapon that helps to combat allergies. Apples are also rich in quercetin but can increase the symptoms of allergic rhinitis and do not provide the same benefits for allergy sufferers as onion and garlic. You can consume these vegetables in cooked food. Garlic, being a natural antibiotic, boosts your body's immune system and prevents the symptoms of hay fever. 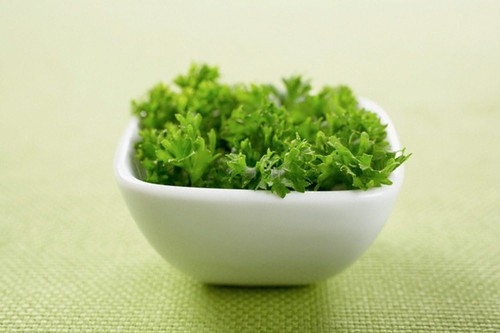 Parsley is categorized as one of the top plants when it comes to herbs. Parsley slows the release of the histamine hormone which is as a known cause of allergies. It is important to remember that parsley is also a diuretic and should be consumed in moderation.

Tropical fruits consist of a strong counter-inflammation enzyme called bromelain, an enzyme that prevents sneezing. Research has also shown that bromelain enzyme eases throat pain and irritated sinuses. According to a study titled, "Health and Medicine Alternative Therapies in 2012," it has been proven that bromelain enzyme combats inflammations and helps treat seasonal asthma. Pineapple is also a great source for vitamin C. Make sure to consume fresh pineapple in order to get the most nutrients out of it. When canned or packaged, pineapple loses its nutritional value.

Soup is known to help rid your body of sickness and is usually consumed to soothe the body during illness. Chicken broth, vegetable soups and beef broth are like medicine to the human body. According to herbal expert James Duke, herb-based soup recipes offer exceptional benefits for allergy sufferers. The recipe for Duke's soup is as follows:

Boil one onion and one clove of garlic. Add one cup of cowslip flower leaves into the pot. Add one cup of celery root to the mixture after boiling it for five minutes. Boil for 10 more minutes. Add salt, pepper, chili, curry, curcuma and celery seed for taste.

Urtica has an important place among other natural allergy remedies. It helps to prevent inflammation during the time that allergy symptoms are occurring. It may leave your skin itchy and irritated when touched with bare hands. It is really important to use protective gloves while handling urtica. If you boil one handful of urtica and add it to your shampoo, it will make your hair stronger and helps it to grow faster. The water from urtica also treats oily skin and acne. It is effective in boosting your body's resistance against allergies and hay fever. It also prevents coughing.

Watermelon and tomato feature the lycopene compound which, according to research in the Asthma Magazine in 2007, helps prevent asthma. The study published by the magazine indicates that asthma patients have reportedly less lycopene in their bloodstreams than those who do not suffer from asthma. If you are suffering from asthma or allergic rhinitis, eating watermelon and tomatoes can greatly decrease your symptoms. Tomato is especially rich in vitamins A and C and is a strong antioxidant that plays an important role in the treatment of cancer. Watermelon is the second fruit after tomato that contains the highest levels of the lycopene compound. It is heart friendly and helps to hydrate the body. It is also rich in vitamins A and C, like tomatoes and also contains calcium, iron, magnesium, phosphorus and potassium.
RELATED TOPICS