Excessive salt intake and how to cut it down 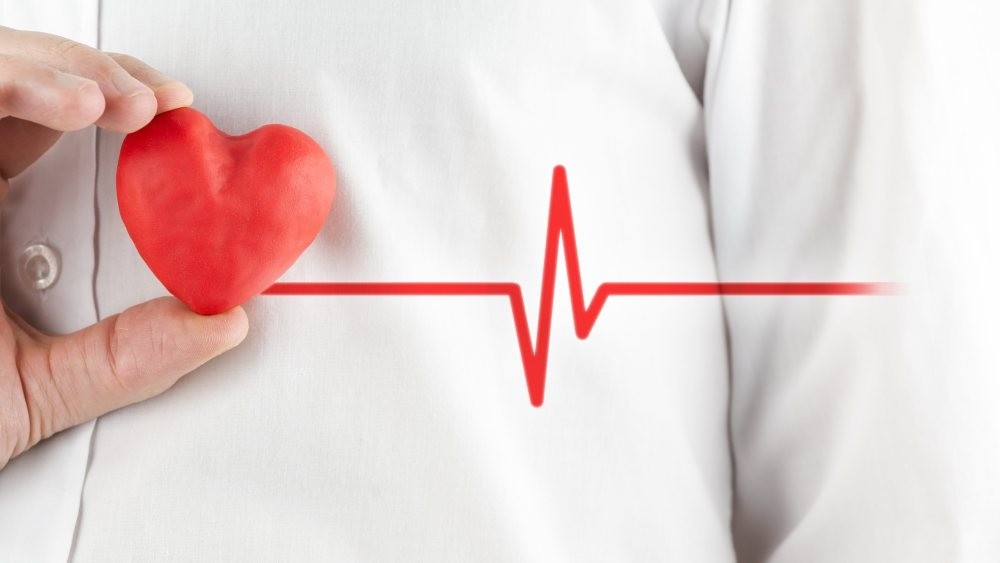 With 18 grams daily consumption per capita, Turkey has one of the highest rates of salt intake in the world. Excessive salt consumption can cause a range of health problems from strokes to obesity

We all know there is a link between salt and high blood pressure, with experts confirming the risks associated with high salt intake, which include hypertension. According to research from the Turkish Society of Hypertension and Renal Diseases, salt consumption rates in Turkey are some of the highest in the world, three times higher than the world average. The daily amount of salt consumption per capita in Turkey is about 18 grams, which is an alarming number. The primary reason for this high level of sodium consumption is that Turks consume bread in excessive amounts. Studies revealed that people in Turkey consume 7 grams of sodium per day (based on daily consumption rates of bread in Turkey). However, the amount of daily salt consumption recommended by experts is only 5 grams. It is noteworthy that salt is comprised of 60-percent sodium and 40-percent chlorine and our bodies need both to fulfill various functions. Thus, it is surely necessary to consume salt but only in moderation, and not much more than needed.

Overuse of salt results in hypertension, arteriosclerosis and various heart diseases. Most food has natural salt and (normally) this amount is sufficient with no need for additional salt intake. Unnecessary high levels of sodium mean that the body retains more water than it needs. Increased water retention results in higher blood pressure, which results in hypertension.

Hypertension, affecting 35 out of every 100 people, is the leading cause of death in the world and the second most common cause of disability. Hypertension gives the most damage to such organs as the heart, brain, kidneys, large arteries and the eyes.

Patients with hypertension usually use medication on a regular basis. Reducing salt consumption also provides significant benefits by providing balance with the medication. For example, when people with mild hypertension decrease their level of salt consumption, blood pressure may return to normal levels. For those suffering from hypertension, reducing the amount of salt in your diet can lessen your reliance on medication.

Salt and its impact on our kidneys

Excessive salt consumption also has serious effects on the kidneys. Because 99.5 percent of the salt we consume is absorbed by our kidneys, when exposed to excessive amounts of salt, the kidneys have difficulty providing a water-and-salt balance, which is one of the main roles of these vital organs. Continuous consumption of high levels of sodium can lead to permanent kidney disease. While diabetes, which is becoming more common worldwide, is the leading cause of renal impairment, hypertension is the second.

According to 2016 figures from World Cancer Research Fund International, in the Far East, the risk of gastric cancer is 15 percent higher for those who consume salted fish and other salty foods than those who do not consume them.

Unfortunately, obesity is the second biggest problem of our era after cancer. Numerous studies revealed that obesity is also a major cause of many diseases, either directly or indirectly, while the effect of salt on obesity is indirect. Excessive consumption of salt causes increased thirst and most of us prefer to drink sugary drinks instead of water when we are thirsty (this information is based on research made on this subject) and consumption of sugary drinks leads to weight gain.

Stroke is a fulminant neurological disorder caused by obstruction or bleeding of the veins that feed the central nervous system. Many also call it paralysis. In non-fatal cases of stroke, about 31 percent of patients continue their daily lives with assistance, 20 percent cannot walk without assistance, and 16 percent are hospitalized. According to a study, when one's daily salt consumption is reduced by 6 grams, the risk of stroke is reduced by 24 percent.

Edema can be tremendously annoying, especially for women, as it makes women seem fatter. Almost everyone knows that eating too much salt results in edema. Each sodium molecule holds at least four water molecules in the body, meaning that salt always circulates in our body correlated with water. In every part of the body where there is sodium, there is water to go with it. This means that the more sodium there is, the more edema increases.

Loss of salt and liquid

When there is loss of water in the body due to factors such as diarrhea, burns, vomiting or bleeding, the amount of salt in the body may increase relatively. This is called "hypernatremia." The relative increase in the amount of salt leads to shrinkage of brain cells as it absorbs liquid from them. Therefore, in these cases, the missing amount of water must be compensated after calculating the amount that the body needs. In the contrary case, the amount of water is higher than salt. This is also called "hyponatremia." Hyponatremia, which is seen commonly in people with heart failure, renal impairment and liver failure, may cause sensory loss and temper changes.

Although we are used to the taste of salty food, it is not as difficult as it is often assumed to eat less salt. There are "receptors" in our tongue, which can taste salt. Approximately 20 percent of salt limitation is not sensed by these receptors. When we decrease salt by adding spices to our food instead of salt or removing the salt shaker from the dinner table, the receptors in our mouth are activated again and can even perceive a very low concentrations of salt. When we push ourselves in the process of getting used to eating food with lower salt amounts for two months or so, that food we previously thought was low in salt, from now on becomes normal to our taste.