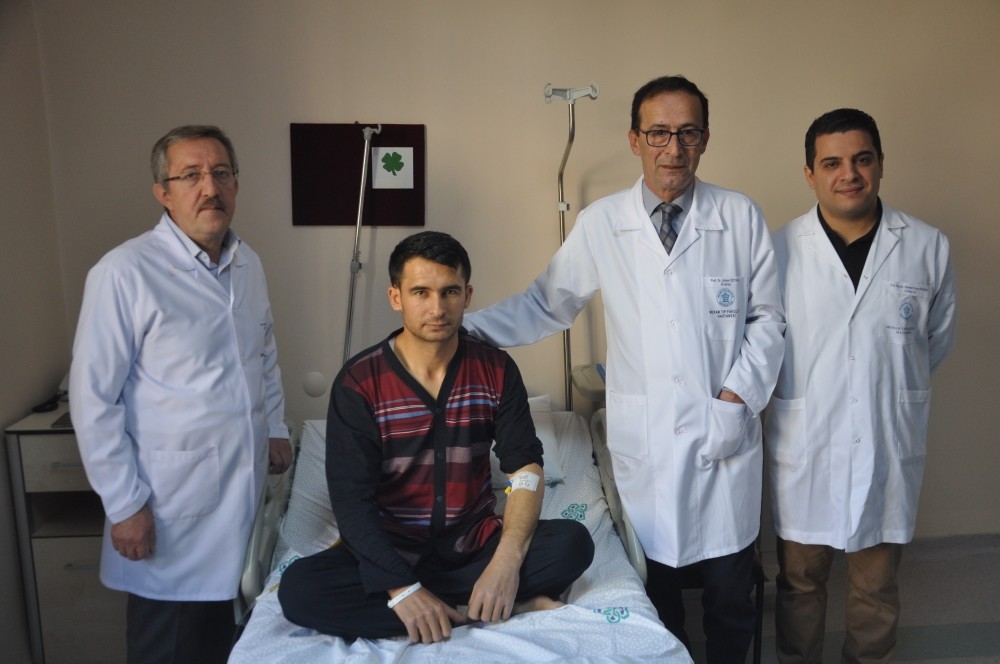 It is now possible to operate on previously inoperable liver stones with 2.6-millimeter ultra mini devices, a first for medical literature according to the doctors who performed the operation.

Seyit Esen, 38, who worked at the Old Industrial Site in Konya, went to Necmettin Erbakan University Meram Medical Faculty Hospital with complaints of severe abdominal pain and jaundice. Test results revealed that there were 3-centimeter in diameter stones in his liver. The results propelled the doctors into action.

Professor Ahmet Öztürk, one of the surgeons, said: "The liver tends to bleed excessively and has very small vessels. Operations can cause damage. We moved comfortably through the channels with the tools we used and reached the stones. We were able to keep the bleeding to a minimum. The incision opened during the surgery was closed quicker." Öztürk also stated that they are proud of being the first clinic in the world to perform this operation.