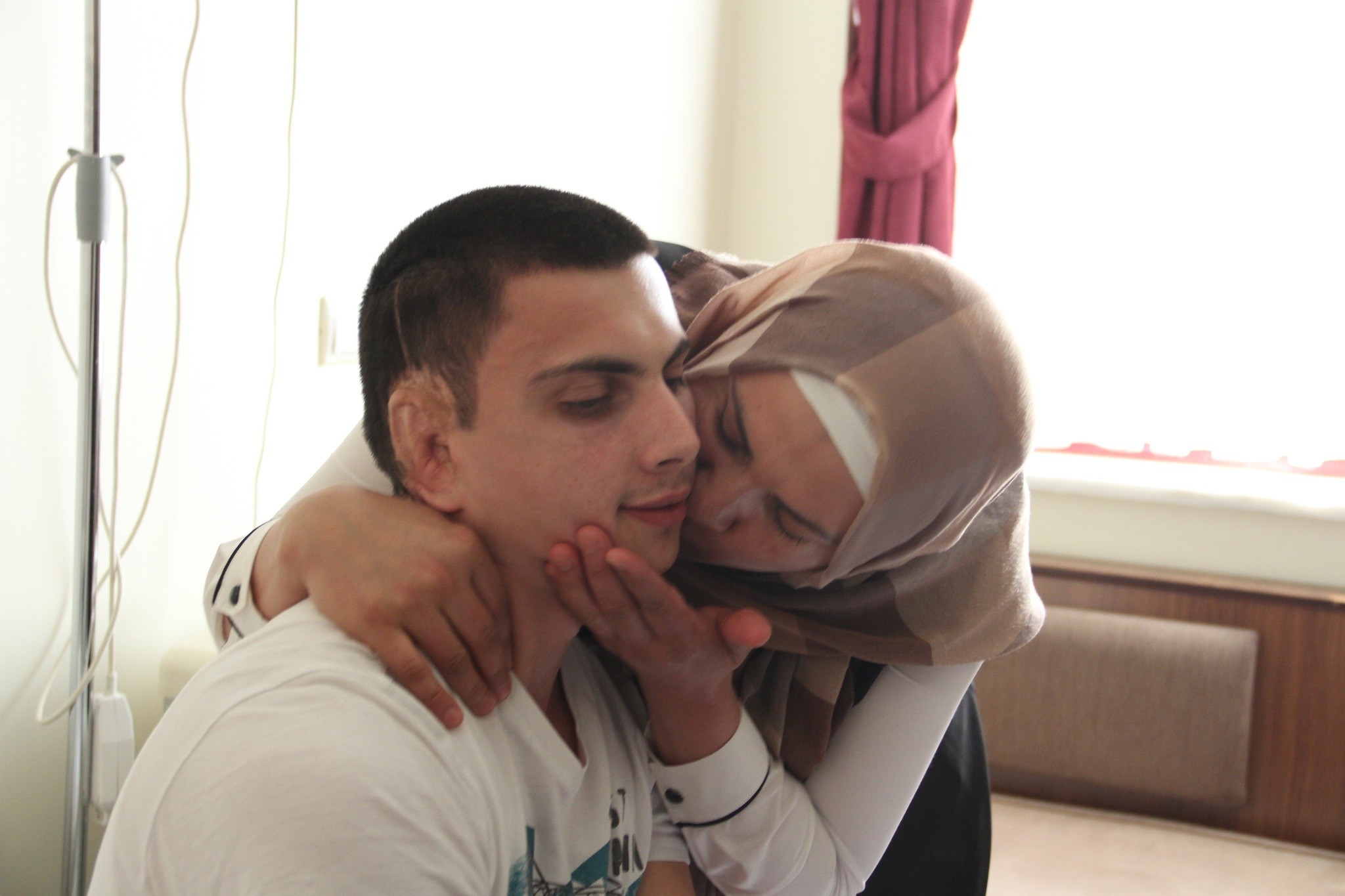 A Turkish man who was born with microtia, a congenital deformity where the external ear is undeveloped, received a pair of ears reconstructed by using cartilage from his mother's ribs in a first-of-a-kind surgery.

22-year-old Ümit Gül has had 11 surgeries since he was a little child, including rib cartilage removal and reconstruction surgery to get new ears, however, each surgery has been a failure as his rib cartilage was incompatible.

After running out of enough cartilage in his rib cage, Gül's parents sought help from Prof. Dr. Mehmet Mutaf. After discussions with the doctor, the young man's mother Ayşe Gül offered her own cartilage tissue for the procedure to build new ears for her son.

Mutaf later transplanted the cartilage from his mother ribs under Ümit's chest skin in his abdominal cavity to see whether it would be compatible and bond properly.

After a year-long preparation, Mutaf reconstructed new ears for Ümit with his mother's rib cartilage taken from his abdominal cavity in an operation carried out in the Gaziantep University Medicine Faculty.

Mutaf said the surgery is a first in the world, and it's the first operation in which an ear reconstruction was made using rib cartilage from another person and shared more medical details about the operation.

Ear reconstruction is an extremely complex procedure that was considered almost impossible until a few years ago. After the surgery the new ear develops a blood supply and becomes a permanent part of the patient.