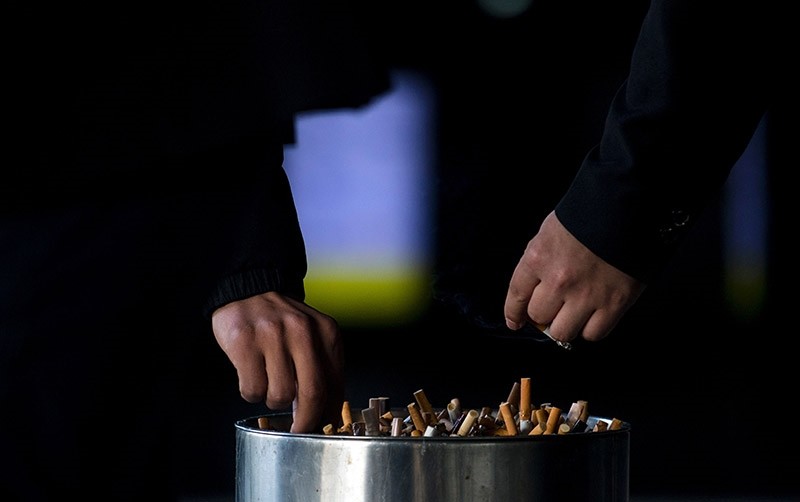 Smokers have spent over 185.5 billion Turkish liras ($53 billion) on cigarettes in Turkey in the last five years, according to data from the Tobacco and Alcohol Market Regulatory Authority, (TAPDK), with a gradual decrease since peak consumption in 1999.

Over the five-year period, the daily average consumption was over 131 million cigarettes across the country. While overall consumption has fallen, smokers are more frequently choosing imported cigarettes over local tobacco, with local production accounting for 42 percent of the market in 2003 and only 13.3 percent last year.

Experts point to the 2008 ban on smoking in closed spaces as a major factor in the reduction. This law banned smoking inside coffee shops, cafeterias, bars, hookah bars, and restaurants, as well as all venues belonging to foundations and associations and all private and public legal buildings.

Increased restrictions also banned smoking in areas of restaurants, cafes, and bars with roofs and walls that open. The implementation of this law likely influenced the 20 percent decrease in cigarette sales between 1999 and 2011.

According to experts, the other major factor in the decline is a greater public awareness of the dangers of second-hand smoke and smoking in general. Public service announcements have also been effective in spreading the health message.

However, tobacco products are still a huge market in Turkey, with smokers buying 494.3 billion cigarettes between 2012 and 2016, adding up to over TL 185 billion. Tobacco companies earned over TL 47 billion in revenue from cigarette sales last year alone. Cigarette sales rose by 2.2 percent in 2016 as compared with the previous year, while revenues rose by 20.9 percent.

Cigarette production increased by 2.4 percent in 2016 compared with 2015, with a 5.7 percent rise in tobacco exports during the same period. Exports in that year yielded a total revenue of over $506 million. In the last five years, Turkey has exported over 212 billion cigarettes, bringing in revenue of over $2 billion.