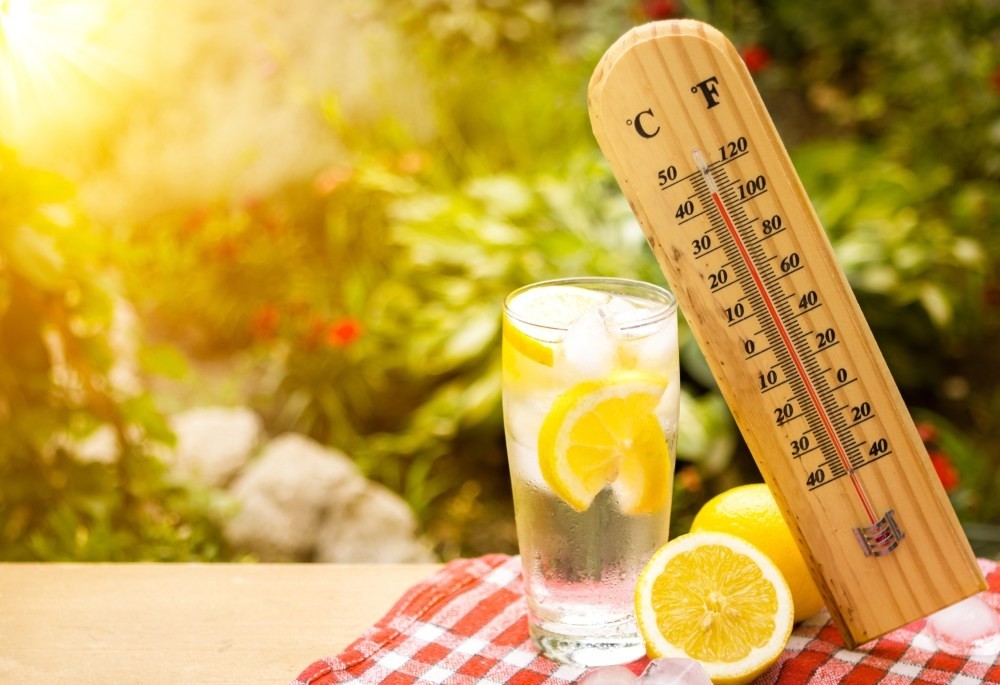 Hot weather in summer is something we wait for throughout the year, but, it also brings certain dangers such as food poisoning and sunstroke

Food and water-borne infections resulting from spoiled food, sunstroke, sunburn and allergic reactions from bee stings or bug bites are common ailments that are experienced the most throughout the summer months.

Professor Hürrem Bodur, the head of Turkey's Association of Expertise on Infectious Diseases and Clinical Microbiology (EKMUD), spoke to Anadolu Agency (AA) and stated that food and water-borne infections are frequently seen in the summer months.

During the summer months, it is advised to consume as much water as possible while keeping in mind that drinking unsanitary water can pose a threat to your health. "If the water you consume is not purified or is taken from an unsanitary source, there is a risk of infection," Bodur said, highlighting the importance of knowing the source of the water being consumed during the heat of the summer.

In addition to unsanitary water, spoiled food is also a cause of illness. Foods that are not kept at proper temperatures or left out of the fridge may spoil in a short span of time.

Bodur says "[t]o prevent foods from spoiling, be mindful of storage conditions throughout the summer. Chicken and products produced from chicken as well as foods containing egg, mayonnaise or other dairy can spoil very quickly, creating a fertile environment for the spread of bacteria. Consuming such foods could result in food poisoning. The most distinctive signs of food poisoning are headache, sickness, vomiting and diarrhea, which may start a few hours after consuming tainted food. In some food poisoning cases, symptoms include fever."

Bodur also stressed that raw vegetables and fruits must be washed thoroughly before being consumed, adding that cooked foods should be consumed soon after being prepared or kept at the proper temperature in the refrigerator and consumed within one or two days.

Due to the risks associated with consuming non-packaged or raw products, it is important to consider hygienic food preparation while remaining aware of who is preparing your food.

Sunstroke can lead to black outs

Sunstroke is among the most common threats during the summer. Sunstroke may cause many serious repercussions and especially affects the elderly, children and others who are exposed to the sun for a lengthy period of time. As a result of overexposure to the sun, the basal body temperature could increase up to 41 degrees centigrade and the symptoms of dehydration may be observed.

"Also, seizures and even epileptic strokes have been reported. Sunstroke is a quite serious illness resulting from sun exposure. Anybody who is exposed to the sun for a long time and those who experience blackouts or fainting need to be hospitalized for a short period of time to cool down and for hydration. There is risk of brain damage from being exposed to high temperatures for a lengthy period of time. There are also a risk of heart attack and renal failure in such scenarios."

Noting that children are more prone to dehydration as they are more susceptible to the effects of the summer heat, Bodur said: "A child's body consists of mostly water. Diarrhea and vomiting result in more dehydration in children and the elderly. If dehydration caused by vomiting and diarrhea cannot be overcome at home, patients must be hospitalized and given fluids intravenously. If dehydration is quite serious, children could suffer a seizure and their skin turgor and tonus could be distorted, their pupils could become enlarged and they could become disoriented. All these symptoms are signs that the affected child must be hospitalized."

Among the health problems experienced during the summer months, sunburn is a common ailment. In extreme cases, first-degree burns caused by the sun can result in hospitalization. It is important to apply protective creams if you are planning to spend extended periods of time under the sun to reduce the risk of dehydration, sunstroke and sunburn.

Bug and tick bites as well as bee stings can sometimes cause allergic reactions. On the other hand, tick-borne infections also pose a threat to people living in rural areas. Precautions must be taken as some of these infections put people at risk of death. House flies and mosquitoes also pose a threat, as their bites can cause swelling and redness on the skin. When dealing with flies and mosquitoes, it is important to remove standing water and keep areas dry, keep garbage in a closed storage area and keep your surroundings clean.