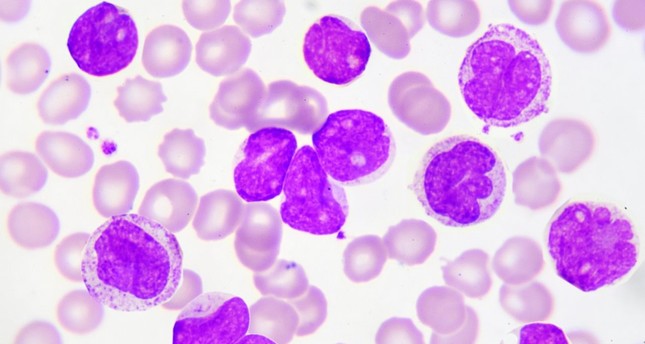 The United States approved the first gene therapy in the nation on Wednesday -- a treatment that uses a patient's own immune cells to fight leukemia -- opening a new era in the fight against cancer.

The treatment is made by Novartis and is called Kymriah, (tisagenlecleucel). This type of immunotherapy, known as a CAR-T cell therapy, was known by CTL019 until now.

It was approved by the U.S. Food and Drug Administration for children and young adult patients up to age 25 with a form of acute lymphoblastic leukemia (ALL).

The FDA described the approval as "a historic action" that would usher "in a new approach to the treatment of cancer and other serious and life-threatening diseases," said a statement.

Studies have shown that 83 percent of patients responded to the treatment, achieving remission within three months.

The treatment is not a pill or a form of chemotherapy.

It uses a patient's own immune cells, called T-cells, along with white blood cells.

These cells are removed from a patient, sent to a lab, and encoded with a viral vector, reprogrammed, and returned to the patient.

"This is a brand new way of treating cancer," said Dr. Stephan Grupp of Children's Hospital of Philadelphia, who treated the first child with CAR-T cell therapy — a girl who'd been near death but now is cancer-free for five years and counting. "That's enormously exciting."

Novartis said it would charge $475,000 for the treatment, made from scratch for every patient. But, the company said there would be no charge if the patient didn't show a response within a month.

CAR-T treatment uses gene therapy techniques not to fix disease-causing genes but to turbocharge T cells, immune system soldiers that cancer too often can evade. Researchers filter those cells from a patient's blood, reprogram them to harbor a "chimeric antigen receptor" that zeroes in on cancer, and grow hundreds of millions of copies. Returned to the patient, the revved-up cells can continue multiplying to fight disease for months or years.

"We're entering a new frontier in medical innovation with the ability to reprogram a patient's own cells to attack a deadly cancer," said FDA Commissioner Scott Gottlieb.

This first use of CAR-T therapy is aimed at patients desperately ill with a common pediatric cancer that strikes more than 3,000 children and young adults in the U.S. each year. While most survive, about 15 percent relapse despite today's best treatments, and their prognosis is bleak. 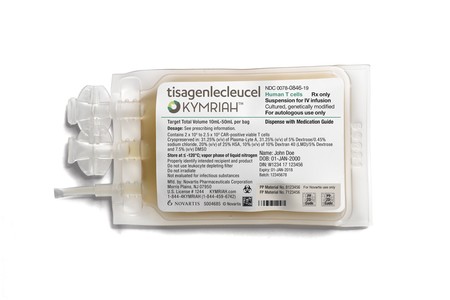 In a key study of 63 advanced patients, 83 percent went into remission. Importantly, it's not clear how long that benefit lasts: Some patients did relapse months later. The others still are being tracked to see how they fare long-term.

Still, "a far higher percentage of patients go into remission with this therapy than anything else we've seen to date with relapsed leukemia," said Dr. Ted Laetsch of the University of Texas Southwestern Medical Center, one of the study sites. "I wouldn't say we know for sure how many will be cured yet by this therapy. There certainly is a hope" that some will be.

Most patients suffered side effects that can be grueling, even life-threatening. An immune overreaction called "cytokine release syndrome" can trigger high fevers, plummeting blood pressure and in severe cases organ damage, requiring special care to tamp down those symptoms without blocking the cancer attack. Also Wednesday, the FDA designated a treatment for those side effects.

"This is remarkable technology," said Dr. Mikkael Sekeres of the American Society of Hematology. But, he cautioned, "It isn't a panacea."

Among concerns, sometimes leukemia can develop resistance, and sometimes patients worsen while waiting for their new cells, said Sekeres, who directs the Cleveland Clinic's leukemia program and wasn't involved with CAR-T testing.

"Unfortunately leukemia grows so rapidly that it can evade even the smartest of our technologies," he added.

For some patients, the new CAR-T therapy might replace bone marrow transplants that cost more than half a million dollars, noted Grupp, who led the Novartis study.

"I don't want to be an apologist for high drug prices in the U.S.," Grupp stressed. But if it's the last treatment they need, "that's a really significant one-time investment in their wellness, especially in kids who have a whole lifetime ahead of them."

Initially, Novartis' CAR-T version — Kymriah (kihm-REYE'eh) — will be available only through certain medical centers specially trained to handle the sophisticated therapy and its side effects. Patients' collected immune cells will be frozen and shipped to a Novartis factory in New Jersey that creates each dose, a process the company says should take about three weeks.

While this first use of CAR-T therapy only is aimed at a few hundred U.S. patients a year — relapsed ALL patients up to age 25 — it's being tested as a treatment for thousands more. Kite Pharma's similar CAR-T brand, developed by the National Cancer Institute, is expected to win approval later this year to treat aggressive lymphoma, and Juno Therapeutics and other companies are studying their own versions against blood cancers including multiple myeloma.

Scientists around the country also are trying to make CAR-T therapies that could fight more common solid tumors such as brain, breast or pancreatic cancers — a harder next step.

Share on Facebook Share on Twitter
Previous in Health Excessive consumption of meat and dessert during Eid al-Adha can lead... Next in Health Dutch researchers claimed Thursday to have discovered the maximum...
DAILY SABAH RECOMMENDS