Antidepressant use during pregnancy tied to psychiatric disorders in kids 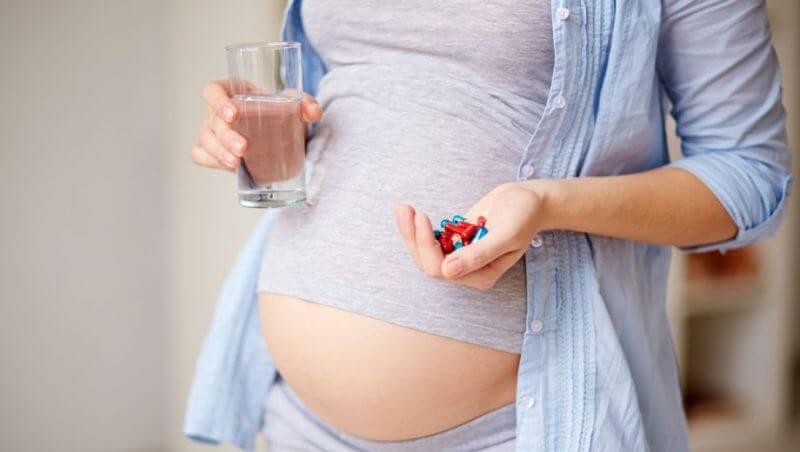 Around 10 percent of pregnant women are currently being treated with antidepressants. (AFP Photo)
by Sep 14, 2017 12:00 am

Antidepressant use during pregnancy is tied to an increased risk of psychiatric illnesses, especially mood disorders, in children, according to a new study.

The overall risk is low, though. Only about 3 percent of the nearly 905,383 children in the study were diagnosed with a psychiatric disorder by age 16.

But compared to the children of women who took antidepressants before pregnancy but not during, kids whose mothers continued taking the medications in pregnancy were 27 percent more likely to be diagnosed with mood, anxiety, behavioral or autism spectrum disorders.

Lead author Xiaoqin Liu, an epidemiologist at the National Center for Register-based Research at Aarhus University in Denmark, said the study is the first to look at a wide range of psychiatric disorders, instead of a single psychiatric illness, among children exposed to antidepressants in utero.

The results are in line with some past research, but conflict with other studies, Liu noted. This could be due to differences in study population and sample size, or alternatively, the potential association is modest, he said.

"We would like to stress that our study does not suggest or support that women with depression discontinue medication during pregnancy," he told Reuters Health by email.

Some past research has also found that the children of women with untreated depression during pregnancy have a higher risk of psychiatric disorders and other health issues, raising the question of how much of a child's risk is tied to the mother's underlying mental illness and how much to the medications she takes to treat it.

Liu's team used birth and health registries to follow children born in Denmark between 1998 and 2012 until July 2014, for a maximum of about 16 years of follow-up. They found that almost twice as many children, or 14.5 percent, were diagnosed with a psychiatric illness if their mother began antidepressants during pregnancy compared with 8 percent whose mothers never used these medications.

"On the one hand I believe studies using this type of method can be really important for generating hypotheses, but they are really poorly suited for actually testing the hypothesis. To me this study doesn't bring us any closer to finding an actual answer," said Dr. Michael Schoenbaum, senior advisor for mental health services, epidemiology and economics at the U.S. National Institute of Mental Health who wasn't involved in the research.

"I think that what it is likely to do is make people nervous. Depression is a serious thing. Untreated, it's dangerous to a mother and child," Schoenbaum told Reuters Health in a phone interview.

The risk of psychiatric disorders in children did not vary by class of antidepressant a mother used, but the highest risk was among children exposed to both selective serotonin reuptake inhibitors (SSRIs) and non-SSRI antidepressants during pregnancy.

Liu and colleagues also found that antidepressants prescribed during the second or third trimester, or over more than one trimester, posed a higher risk of psychiatric disorders.

Psychiatric illnesses are under-reported and registries don't often collect information about substance abuse and drinking, noted Dr. Kimberly A. Yonkers of the Yale School of Public Health in New Haven, Connecticut, who wasn't involved in the study.

At most, Yonkers said, the study reinforced the heritability of mood disorders by also exploring paternal exposure to antidepressants.

In an editorial accompanying the study, researchers from the PharmacoEpidemiology and Drug Safety Research Group at University of Oslo in Norway point out that only "the most severely sick women have drugs prescribed in pregnancy." Comparing this group to women who discontinued antidepressants helps to "disentangle" the effects of the drugs from the mother's underlying illness.