Importance of iodine for the human body 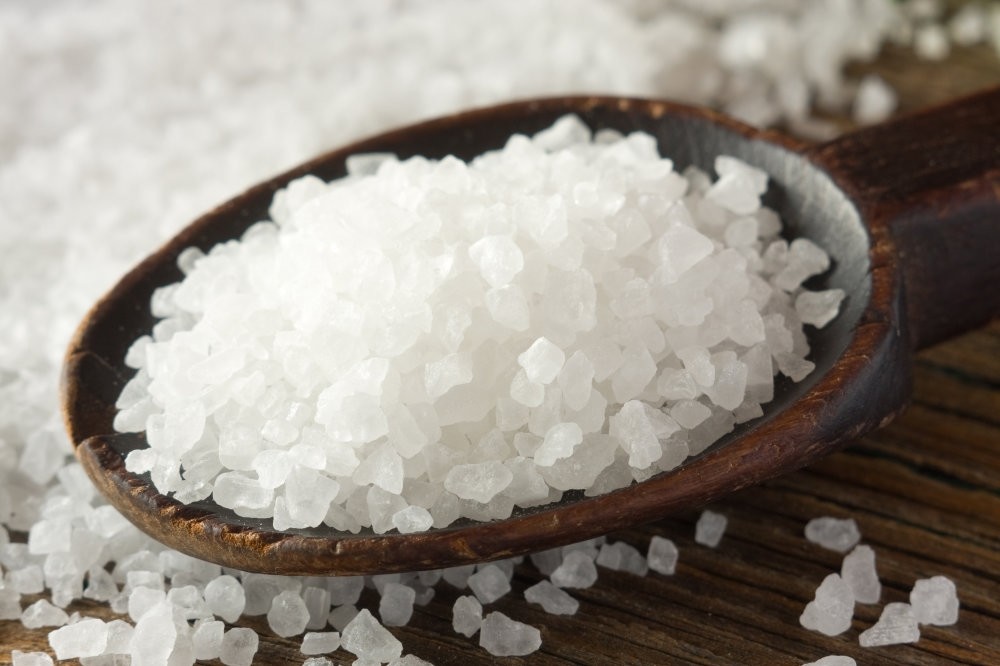 You might be familiar with iodine from science class in school but, in fact, iodine is a crucial element that affects brain functions as well as other parts of our body, and iodine deficiency is considered one of the biggest health problems that people are facing today

Iodine is the main element of the secretion of the thyroid glands on the front of the neck and can be counted among the basic needs of the body. Iodine deficiency causes many disorders that can affect your entire life, especially the goiter. Some of these disorders occur in the mother's womb even before a baby is born. According to studies conducted at the Comprehensive Cancer Center at the Wake Forest Baptist Medical Center, pregnant or breastfeeding women are at high risk for iodine deficiency, since the body constantly needs iodine for the development of the baby. Failure to make up this deficiency causes the baby to be have problems in brain development. The main causes of iodine deficiency are as follows:

Living away from the sea

According to the studies conducted, it is more likely for goiter disease to develop in people living in areas remote from the sea. The sea is quite rich in terms of iodine.

Lack of protein in a vegetarian diet causes insufficient iodine intake. Therefore leading to improper functioning of the thyroid.

Consuming seafood is a good way to boost iodine levels in the body, as fish are a very rich source of iodine. Eating fish at least twice a week supports both the level of omega acids in the body and iodine intake.

The human body has a perfect physiological system. If one of the parts in this system does not work properly, deterioration will start gradually in other parts of the body, as well. The deterioration of the thyroid gland, an organ which almost acts as an igniter in the body, causes troubles in the entire system. The thyroid gland, a two-part secretory gland that surrounds the esophagus and trachea, secretes thyroxine, the thyroid hormone. This hormone directly affects the working rhythm of the body. Excessive hormone production increases the body's working speed, while slow hormone production slows it down. The growth of this secretory gland due to causes other than cancer and inflammation is called goiter disease. The enlargement of the thyroid gland may also bring nodules together. Most of the observed nodules are benign. Only 5 percent are malevolent. Therefore, these nodules must be monitored carefully. When enlarged by more than 2 centimeters, arthritis and deformity can develop and should never be ignored. The rate of goiter disease in Turkey is reported to be around 40 percent.

If the thyroid gland cannot supply the required amount of iodine from food, it begins to enlarge, to synthesize the hormone itself. This growth puts heavy compression on the esophagus and trachea and causes difficulty breathing and swallowing. With regard to the types of goiter, symptoms and treatment methods vary, making early diagnosis even more vital. The most important symptom of the goiter is the striking swelling around the throat, just below the point called the Adam's apple in men. When the types of goiter are examined, we can see that there are some cases where these swellings do not occur.

Goiter is a quite easy disease to diagnose. Following certain hormone levels with blood tests and nodule structure, if any, along with ultrasound examinations, are sufficient for diagnosis. In other cases, scintigraphy and needle biopsy are among the methods required for diagnosis. Drug and hormone supplementation is the most common method in the treatment of this disease. If you take your medicine regularly at the dosage prescribed by your doctor, it is possible to get rid of almost all your symptoms. The removal of the nodules, which is the most well-known treatment, depends entirely on the stage and symptoms of the disease. Remember that this is not a "one size fits all" disease. Cancer symptoms, swelling that affects your physical appearance, excessive compression on the esophagus and trachea, and excessive hormone irregularity are among the leading causes which require surgical treatment. Choosing whether or not to continue using the drug after surgery depends on the condition of the patient. For this reason, it is extremely important to follow up with a specialist.

Hypothyroidism is a disorder caused by poor functioning of the thyroid glands and diagnosis is difficult as symptoms can indicate other illnesses as well. According to studies conducted at the Rush University Medical Center in Chicago, the best way to diagnose hypothyroidism is to take a blood test. The study also indicates that patients with hypothyroidism also have similar characteristics and common symptoms of thyroid disease, such as depression, menopause and chronic fatigue syndrome. Since symptoms vary from person to person, many people are unaware that they are suffering from hypothyroidism. According to a study conducted by the American Thyroid Association (ATA), women are five to eight times more likely to develop thyroid disease than men.

This disorder occurs when the thyroid gland secretes excessive levels of the thyroxine hormone, manifesting itself in symptoms such as rapid weight loss and increased appetite, frequent urination, rare menstruation in women, constant aggression, trembling in hands, high pulse rate, excessive sweating and enlarging of the eyes. Swelling in the throat is also observed in this type of goiter. The toxic nodular goiter involves three different types, namely, an enlarged thyroid gland, one nodule that secretes excess hormone and multi-nodules.

Iodine deficiency is a condition associated with miscarriage, preterm birth, stillbirth and congenital abnormalities. Therefore, expecting mothers should consume foods that are rich in iodine. The presence of iodine deficiency in pregnant women may lead to mental retardation in infants, slowing of growth, speech and hearing problems in children.

According to studies conducted at the Institute of Medicine, daily iodine consumption should be as follows:

Excessive consumption of iodine may cause hyperthyroidism and various other diseases. Also, extreme exercise and unhealthy dietary habits are also other issues of concern. Burning fat with excessive exercise can cause the body to lose iodine at the same time. Instead of heavy exercise, it is better to engage in activities such as walking and swimming. An unhealthy diet can also block both iodine intake and iodine absorption. For this reason, it is important to consume foods that are high in protein, such as avocados, eggs, meat, fish and seafood, rather than eating unhealthy foods. It is vital to listen to the signals from our bodies in diagnosing thyroid-related disorders. If you notice chronic symptoms or visible swelling in your throat, you should definitely see a doctor.