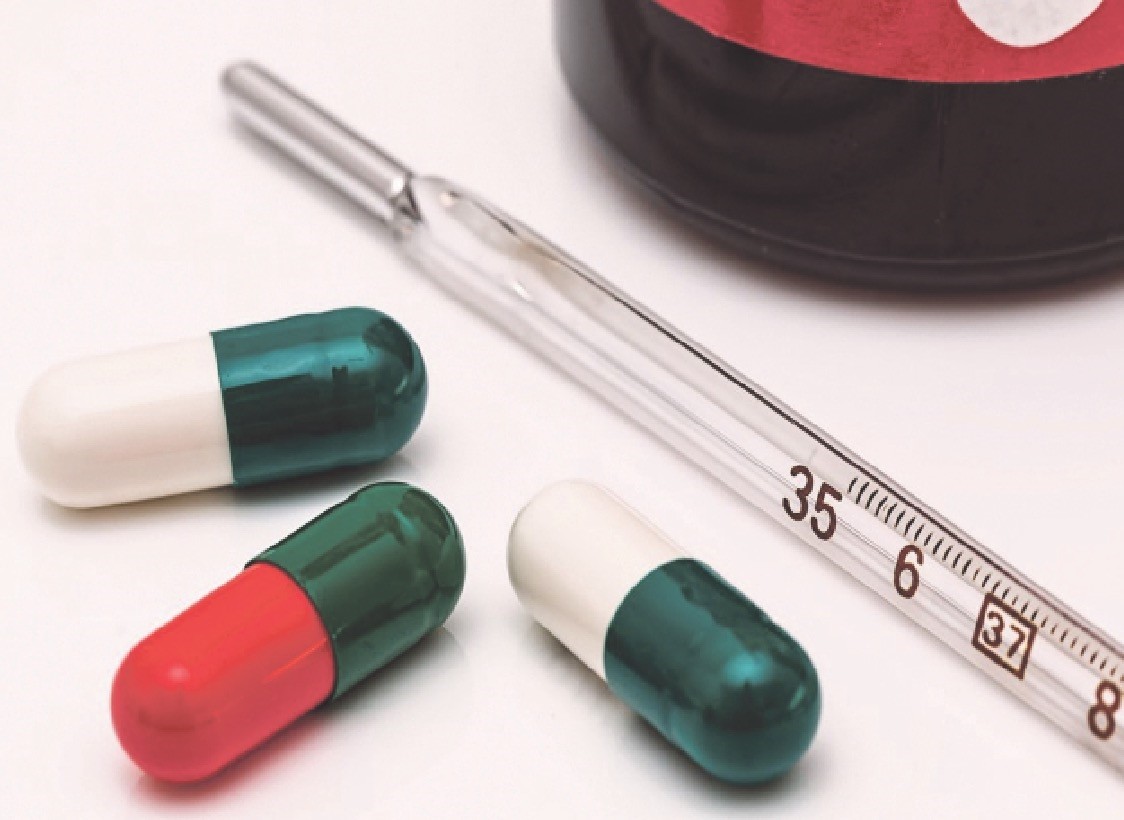 With autumn here, our bodies are vulnerable to changing temperatures, making us susceptible to developing infections due to a weakened immune system

Now that autumn is here, temperatures are beginning to follow the seasonal trend, reaching normal levels for this time of year, and these changes have a profound effect on the human body, as the immune system becomes susceptible to infection and disease.

Many infectious diseases spread in poorly ventilated indoor areas, which constitute the most favorable environment for the incubation of bacteria, which leads to the emergence of many diseases that quickly have an effect on the immune system.

Pathogens love crowded places. Public places and urban transit systems are prime places to be exposured to airborne pathogens. In addition to inadequate and poorly designed ventilation systems in crowded areas, higher relative humidity levels can also affect the stability of airborne particles that spread pathogens from person to person. For example, the influenza spreads more easily in cool, humid seasons. In many countries, the beginning of fall coincides with higher infection rates.

Typically, more people engage in physical activity during the spring and summer than the winter, and one study has found that the majority of Australians and Germans have a tendency to reduce their level of physical activity in winter due to outdoor conditions or busier office schedules. Accordingly, this is indicative that lack of activity has an effect on health. Many studies have shown that people are at increased risk of vitamin D deficiency during winter, when more time is spent indoors and clothing is typically worn that covers the entire body, limiting the amount of vitamin D absorbed by the body during exposure to natural sunlight. It is recommended to spend time in the sun regularly, exposing areas of the body such as the arms, legs and face to sunlight at least two to three times a week in order to get adequate amounts of vitamin D, which is very important in terms of reducing the risk of getting sick during seasonal changes in weather.

The sun has positive effects on the biological and psychological health of the body. While vitamin D from sunlight strengthens the skeletal system, it also plays an active role in the preventing and easing of diseases such as rheumatism, inflammation and osteoporosis. Sunlight also improves calcium absorption, strengthens the immune system and helps ease depression and stress. Spending 20 minutes a day in the sun allows the body to obtain the full benefits. Exposing only parts of the arms and legs to sunlight is sufficient for adequate intake of vitamin D.

Melatonin is a powerful, natural hormone. Its synthesis is regulated by the environmental light-and-dark cycle. Melatonin act in various functions of the body, and its most effective role among them is in the regulation and protection of the immune system. Recent studies have shown that melatonin is effective in combating various bacterial and viral infections. Melatonin also reportedly promotes the regulation of both cellular and humoral immunity. There is a strong relationship between the secretion of melatonin and the sun's rays, according to studies on the immune systems of animals and humans. Therefore, it can be said that seasonal infectious diseases are closely related to the secretion of melatonin.

There are many types of sleep disorders and their reasons vary. The most common complaint among patients with sleep disorders is headache. However, according to studies, getting less than nine hours of sleep causes increased risk of immunodeficiency-related illnesses. Getting an average of seven to eight hours of sleep every night is required for the body to perform its daily functions. When one sleeps less seven hours, the body goes into panic mode. Reducing the amount of time one sleeps alters the body's natural rhythms and can cause increased heart rate, high blood pressure and infection-induced diseases. For this reason, especially in autumn, follow a consistent sleep regime carefully and maintain a nine-hour sleeping pattern, on average.

Here are some foods that accelerate metabolism during the changing seasons:

The benefits of lemons as a source of vitamin C are endless. Drinking lemon juice assists in digestion, helps detoxify the liver, slows the signs of aging, accelerates one's metabolism and helps lower the risks of depression and anxiety. Also, vitamin C prevents cancer cells from forming and protects the body against inflammation. As lemons are high in antioxidants, they have a restorative effect on the prevention of cellular damage, preventing wrinkles and other skin problems. It's important to select the freshest lemons from a local supermarket. Adding about 1/2 tablespoon of lemon juice per cup provides roughly 20 percent of the daily recommended value of vitamin C. Also lowering the risks of heart disease, this powerful antioxidant improves immunity and heals tendons, bones and blood vessels. Add two slices of lemon to tea or other beverages to get the recommended amount of daily vitamin C.

A fruit that is friendly to the digestive system and high in fiber, apples are also rich in vitamin C and can help prevent illness during fall and winter. Eating an apple a day promotes weight loss and also improves the digestive system. Apples are also rich in quercetin, which is found in onions, garlic, cabbage, watermelon and cauliflower, and helps strengthen the immune system.

Artichokes have long been known for their powerful properties, especially in terms of liver health. Artichokes are also rich in fiber, the digestive system's best friend. This vegetable also rids the body of toxins.

Mushrooms are one of the most preferred foods to cook during fall and winter because they are easy to cook and delicious. Eating mushrooms on a regular basis can help regulate vitamin B and C levels in the body and are heart-friendly thanks to the calcium and protein in mushrooms. This vegetable is also high in zinc and iron, which is good for preventing anemia. Mushrooms protect the immune system from microbes and infections as well.